Insider Intelligence forecasts that total influencer marketing spending in the U.S. will exceed $4 billion by the end of 2022. If true, this will represent a continuing upward trend—the total spend in 2021 hit $3.69 billion, itself an increase from 2020’s pandemic-affected $2.76 billion.

In recent years, influencer marketing has outperformed traditional marketing methods, such as print, broadcast, and direct mail. Many influencers are seen as being more attuned to their audience’s interests. To their legions of followers, influencers are often seen as capable of relaying brand messaging that’s authentic, not overly commercialized, and in real-time.

Influencers are defined as individuals on social media who may or may not be famous, but who have developed a dedicated following and are thus able to inspire and influence others. These online powerhouses are able to affect people’s buying decisions based on their expertise, relationship with their audience, or popularity—and sometimes all of the above.

When you look back to the origins of influencer marketing, it may all seem like recent history, but consider Coca-Cola’s use, beginning in the 1930s, of Santa Claus. Putting his jolly visage in their ads and product designs appealed to ordinary folks who saw him as welcoming and familiar. The Coca-Cola Corporation knew that if people liked the person promoting a product, they were more likely to like the product as well. Innumerable companies would also come to follow this marketing maxim as the golden age of advertising exploded in the mid-to-late-20th century.

Today, both new and established companies utilize social media to grow their following and increase brand visibility. Each social platform has different uses and may require different marketing strategies depending on the brand’s needs. While Facebook is still the most popular social platform for marketers, Twitter, for example, shares real-time information and ideas, as well as trending news. Companies that are more visually based may opt for Instagram, which is optimized for photo and video sharing.

Social media use has especially grown in popularity among e-commerce stores that partner with celebrities as well as entrepreneurs who are just getting started. In 2011, actress and entrepreneur Jessica Alba started The Honest Company, an eco-friendly baby and beauty online store, and in the decade since, the company has managed to build a loyal social media community known to engage with the brand online.

As partnering with influencers becomes a key part of many companies’ marketing strategies, PLANOLY compiled a guide to how this world works for both influencers and businesses. 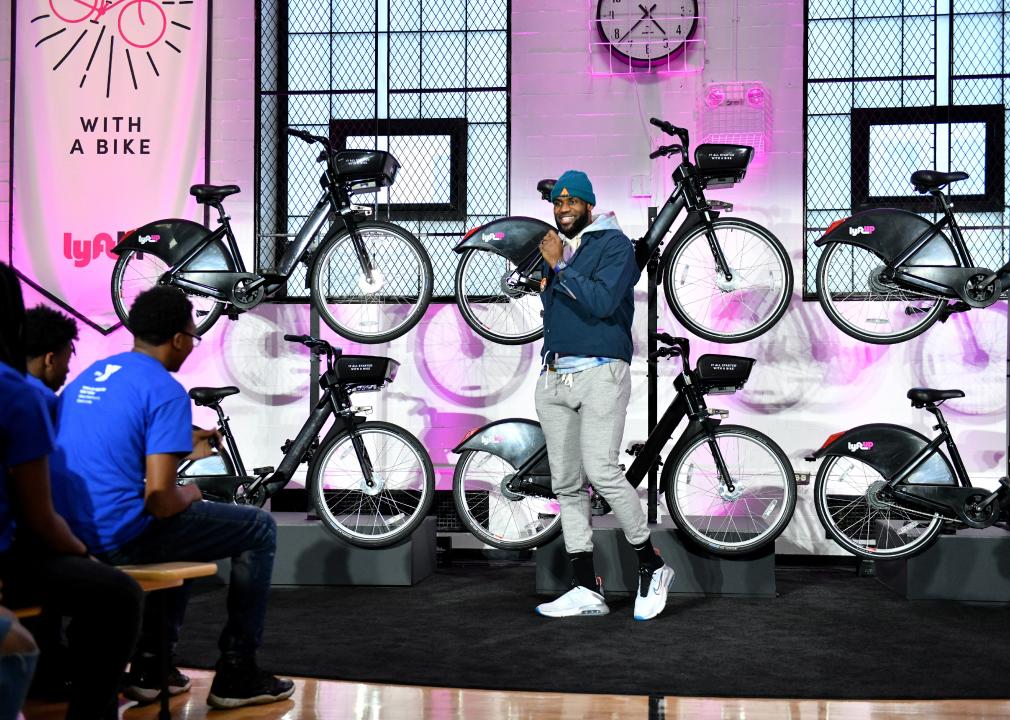 It’s being used for social good

While there is usually a dollar value attached to any form of influencer marketing, it can nonetheless be used for social good. One example is rideshare company Lyft’s LyftUp campaign, where the brand collaborated with LeBron James’ company, Uninterrupted, to expand bike-share access and equity across the country.

Another example is when Microsoft partnered with National Geographic in 2018 for “Make What’s Next,” a collaborative campaign with the goal of encouraging young women to consider a career path in STEM (science, technology, engineering, and math), while educating them on how to protect and patent their ideas. National Geographic’s knack for storytelling paired with Microsoft’s mastery in technology—in addition to both brands tapping photographer influencers from Instagram—helped make the campaign a success.

These types of collaborations can help companies connect with a wide range of loyal audiences. 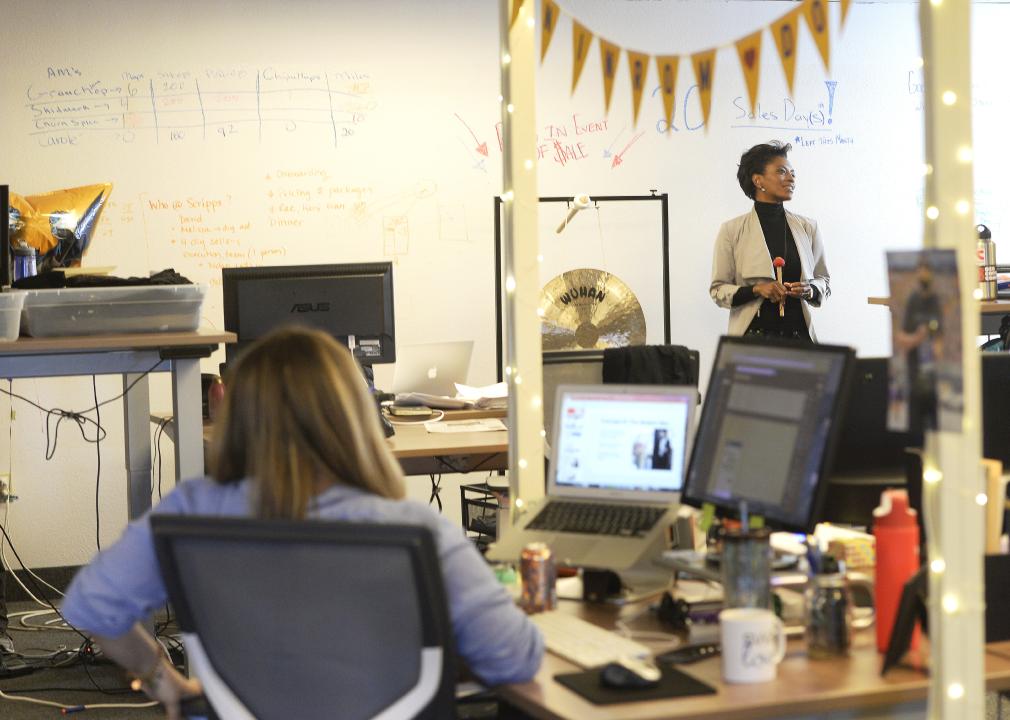 For companies, it’s a lot of work running influencer campaigns, but it’s worth it. There’s a ton of back and forth correspondence regarding negotiations, handling payments and contracts, and a lot of other administrative factors to take into account. To pull off a successful campaign, selecting the right influencers is crucial.

The key is to select the influencer that closely aligns with the company’s brand or targeted audience. Partnering with an influencer can be the start of seeing a different point of view and connecting more closely with a sought-after demographic.

One way companies can mitigate just how labor-intensive influencer marketing can be is to integrate elements of programmatic marketing into their campaigns; this will involve automated advertising and elements of artificial intelligence to reach target audiences. 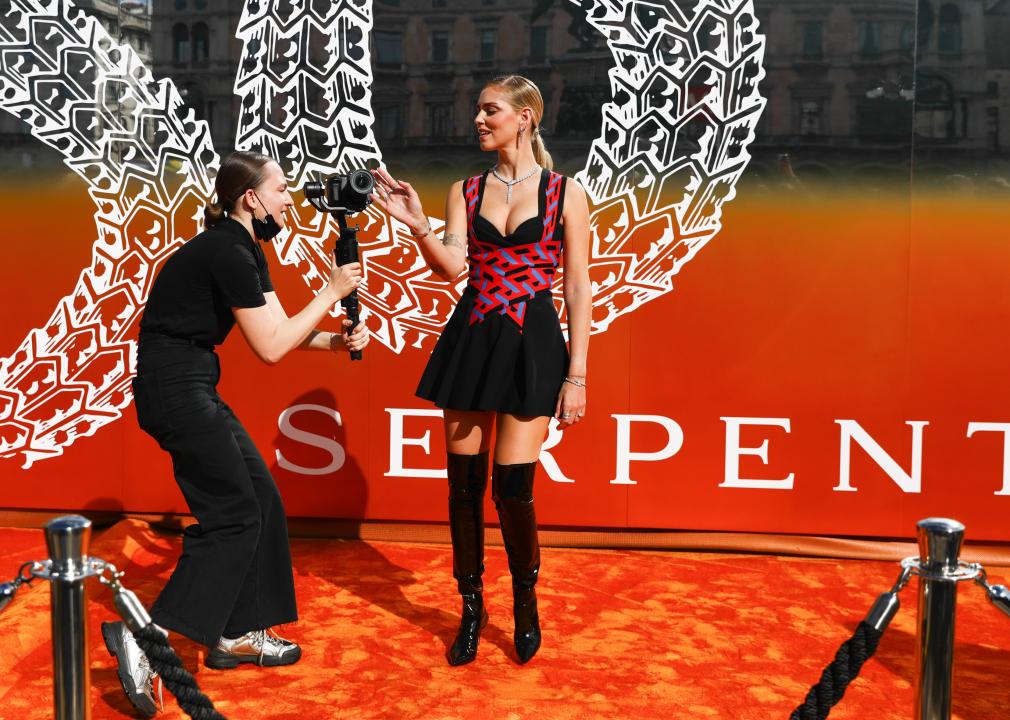 … and for the influencers

Influencers have a way of making influencer marketing look easy. After all, they’re just posting photos and videos, right? The truth is, there’s a great amount of work and attention to detail attached to how influencers position themselves to their audience, from finding the right lighting and posting carefully curated photos or video posts to conducting research and writing content.

Influencers can contribute greatly to product ad campaigns as they tend to be trusted by their audience and know what will get a response. One means by which influencers can reduce the sheer amount of work that is required to keep themselves valid is to employ marketing software that helps schedule and regulate the dispersal of content across all social media platforms. 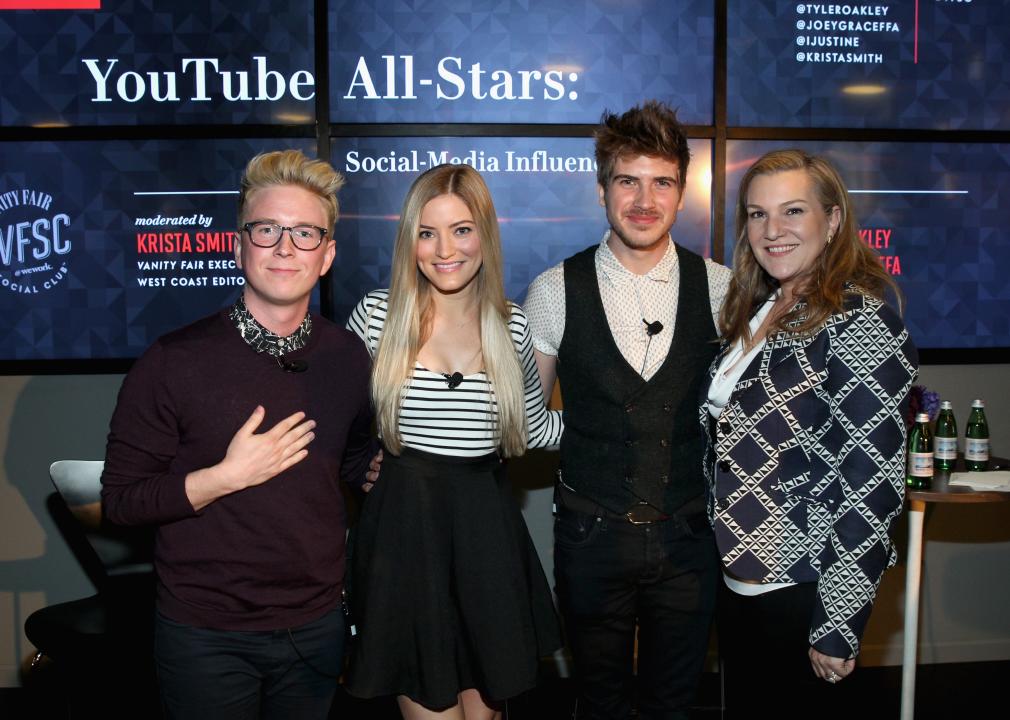 It can be used to appeal to businesses in B2B campaigns

Social media has shown how businesses can benefit from partnerships. American Express Canada and so.da partnered to boost entrepreneurship in Canada with #ShopSmallStories, a Twitter original content series. The campaign was produced by so.da, a digital agency, and in each episode, Canadians are able to gain insight into how small businesses operate and serve their communities.

B2B partner marketing is a great way to expand the reach and connect with newer audiences. Companies can also combine their resources, improve results, or develop and implement other marketing strategies. 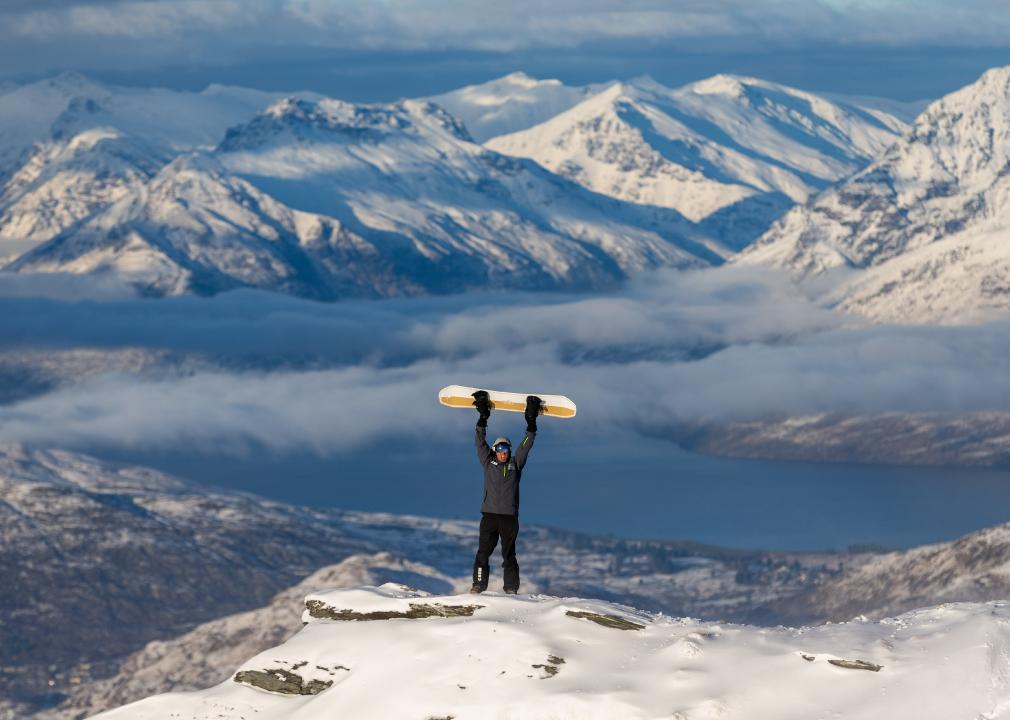 Payoffs can be massive

An online “social salary calculator” allows users to enter their desired annual salary and how many posts and followers it would take to accomplish the goal.

Let’s say someone enters $120,000 as their desired salary, they would need a minimum of 1,000 YouTube subscribers, 5,000 Instagram followers, and 369 sponsored posts a year. Sponsored posts are a short-term strategy for influencers’ earnings. When influencers create a sponsored post, they create one or two posts featuring a brand to their followers. The goal of the sponsored posts is to bring awareness to a new product, service, or cause. 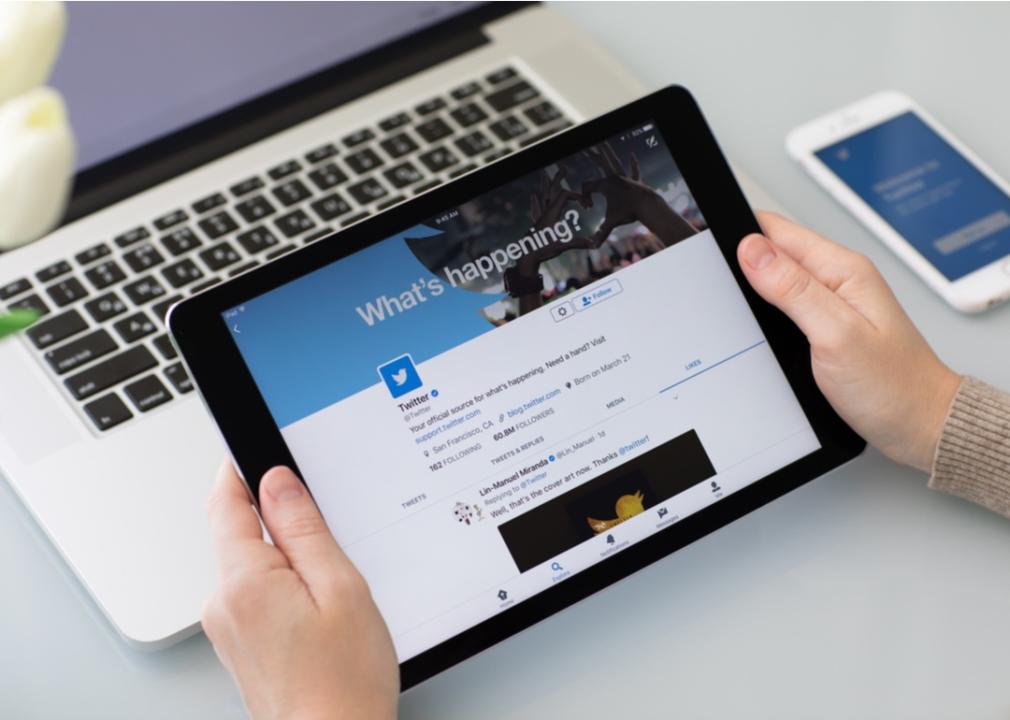 Brands often conduct a social media audit on potential influencer partnerships. Besides looking at the number of followers an influencer has, businesses evaluate how active an influencer may be on all social media platforms, review the level of contact a creator has with their audience, and gauge their perceived level of authenticity. Sure, anyone can purchase a bunch of followers, but brands look for high-quality content and equipment, informative posts and comments, and overall engagement.

Marketing software allows brands to measure the rate of engagement and demographics of a given influencer to see if they would be the right fit for their ad campaign. 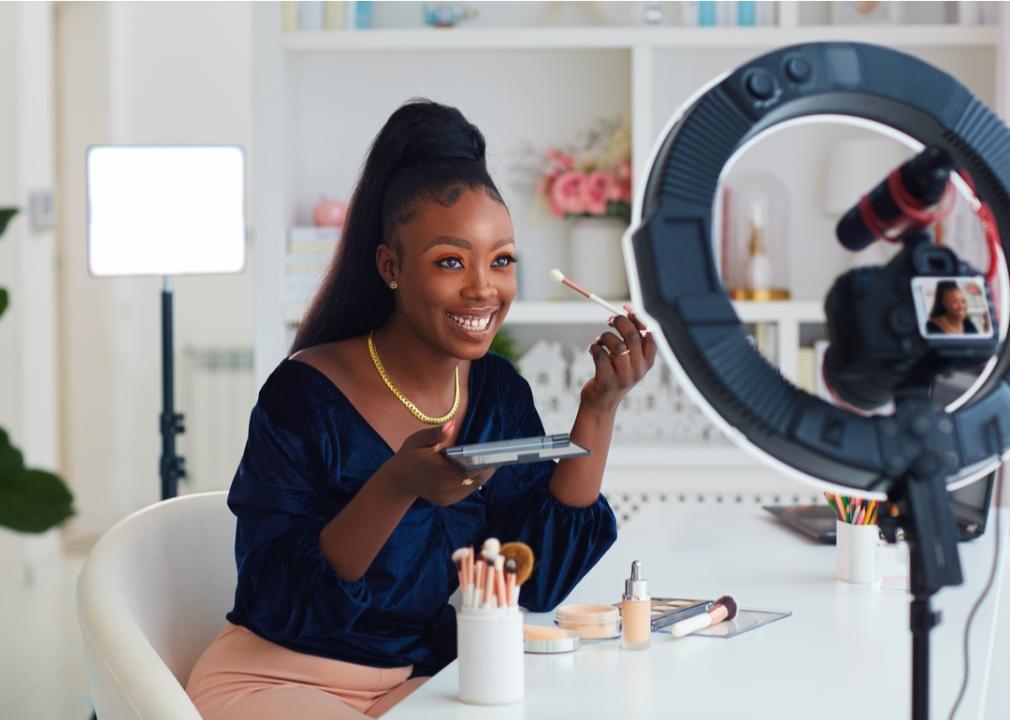 Some brands are recruiting micro-influencers with more niche followings

Generally, micro-influencers aren’t celebrities; they are typically everyday people that share and post content about a specific interest. Micro-influencers tend to have a dedicated following with higher engagement rates from their audience, a factor companies view as more favorable as it implies some level of trust has been established. When social media users trust who they are following, they are more likely to make purchases based on the influencer’s suggestions. It also costs companies less to work with a micro-influencer as opposed to a macro- or mega-influencer (or with a celebrity for that matter).

Despite micro-influencers having a smaller audience, companies feel they can leverage financial benefits and expand their reach by working with creators who fall under the micro-influencer umbrella. Audiences are easier to qualify and targeted campaigns are thus easier to craft. 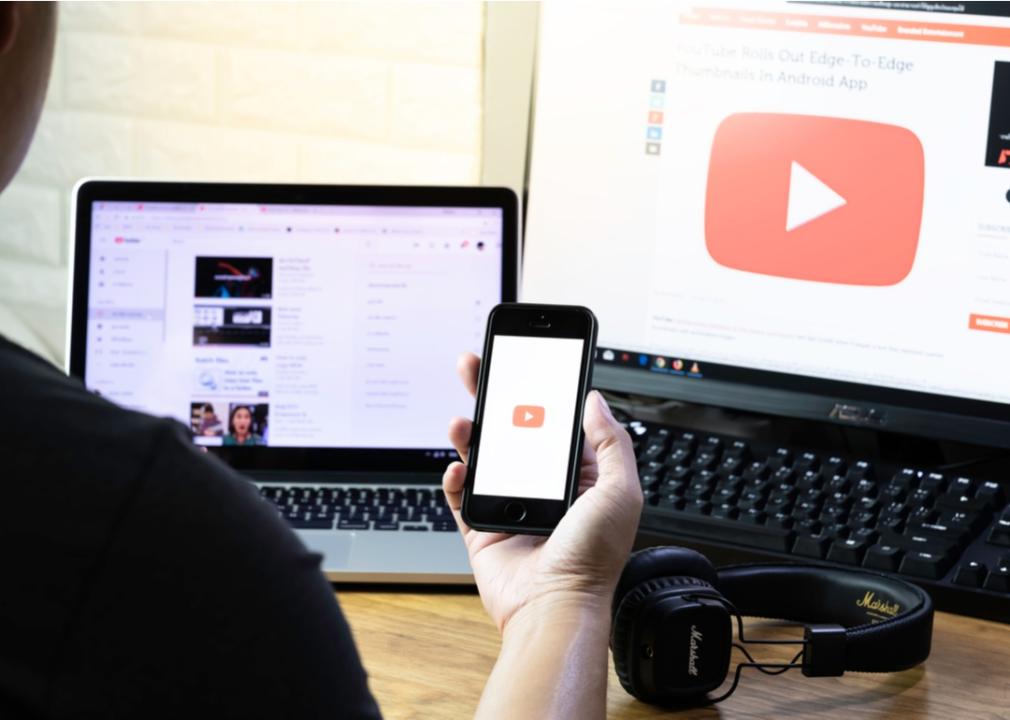 The FTC is zeroing in on disclosure rules

The Federal Trade Commission (FTC) has been calling for harsh consequences for companies that are deceptive on social media platforms. For years, it’s been required by the FTC to disclose sponsored content, though, in the past, not all companies and brands followed through.

In 2016, Machinima, a video network company, paid YouTubers for endorsements of the Xbox One and reportedly cajoled them to post as independent reviewers. This didn’t sit well with the FTC and there was a settlement that prohibited the company from “misrepresenting that paid endorsers in influencer campaigns are independent reviewers.”

The point of the crackdown is to stop misleading advertisements about products from celebrities, prominent figures, and media outlets (where monetary compensation is involved). Sponsored social media posts must be clearly stated. 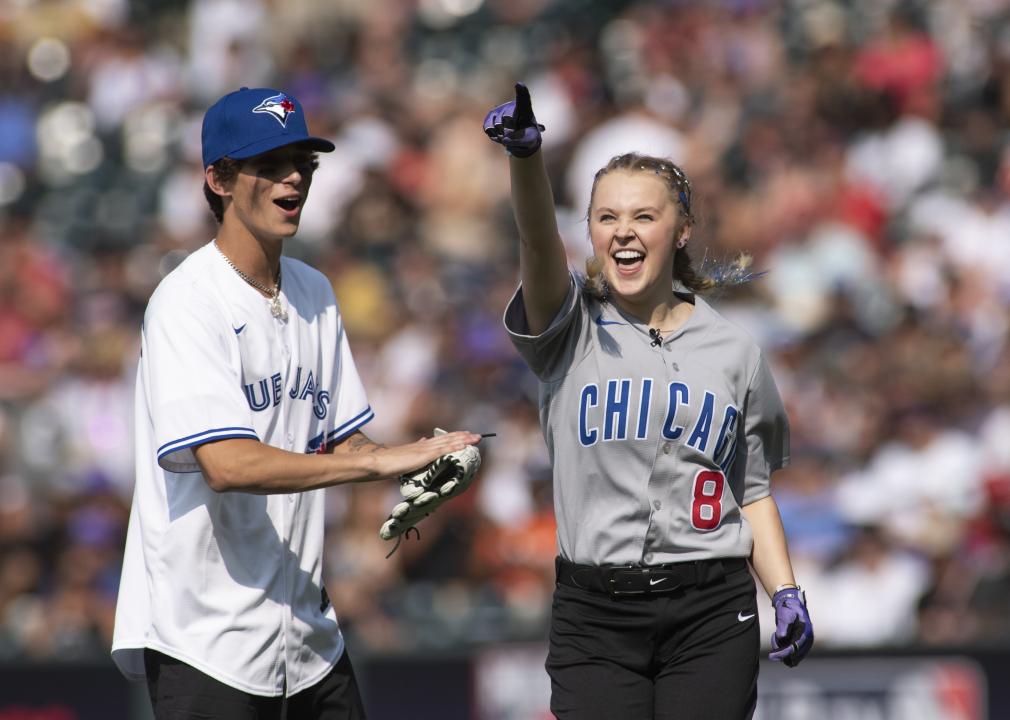 Businesses are less and less in the driver’s seat

It’s happening—the power shift whereby the company is no longer fully in control. Influencers and content creators are now more in the driver’s seat. In recent years, content creators have become more sought-after for their creativity and audience—things they bring to the table that corporations lack.

Social platforms such as YouTube have been more intentional about sharing revenue with their creators, and other platforms have also launched creator reward programs that offer compensation for creative output. While consumers in many cases will continue to keep up with their celebrity faves online, they will also most likely follow an online brand that’s more niche and relatable to their needs and lifestyle. 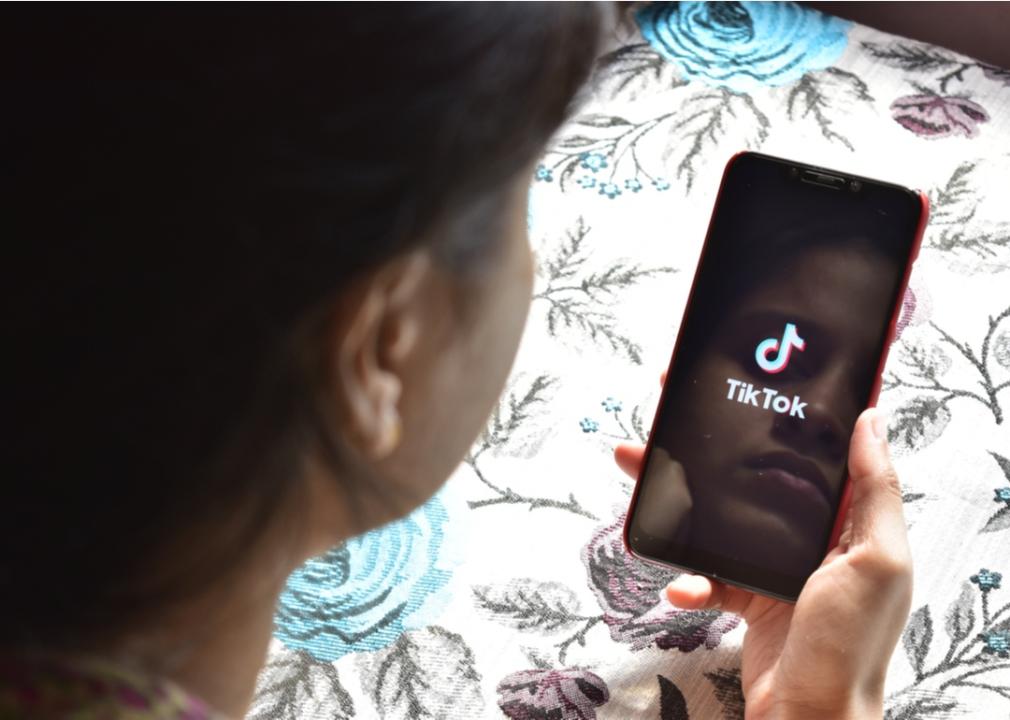 Some influencers face controversy for the products they shill

For years, social media has faced criticism for promoting harmful content, particularly among younger audiences. TikTok and Instagram have faced backlash for allowing videos to be uploaded where eating disorders and diet pill products are promoted to teens.

The Wall Street Journal revealed the damaging effects Instagram (which is owned by Facebook) had on the mental health of young girls with “The Facebook Files: A Wall Street Journal Investigation.” During the investigation, it was shown how oversaturated, photoshopped images of unrealistic ideals caused a negative outlook on body image for teen girls.

In response, Facebook stated that its algorithm was capable of promoting harmful content and that the company was doing its best to remedy the problem. Facebook competitor TikTok also released mental health guidelines as well as resources for its viewers who may struggle with self-esteem and body image or eating disorders.

How to Create a Pinterest Holiday Campaign with Pin Planner