Born and raised in Nashville, Grace Taylor moved to New York City at the age of 18 where she attended college. After a myriad of wacky jobs and internships ranging from The Plaza Hotel to an Ad Tech Startup, she moved to a mountain town in Northern California called Redding upon graduation. The pace of life was the complete opposite of New York and was the perfect place for Grace to launch and grow her company and publication, Provencial Magazine. As founder of Provencial Magazine, she is a seeker of all things beauty and intentional living. Grace is an inspiration in her field and has curated a magazine that is diverse and seamless at the same time. The world needs more balance and less chaos, and Grace is bringing that to fruition through her thoughtfully crafted publication. Read on to discover her journey and what it means to lead a "provencial life." 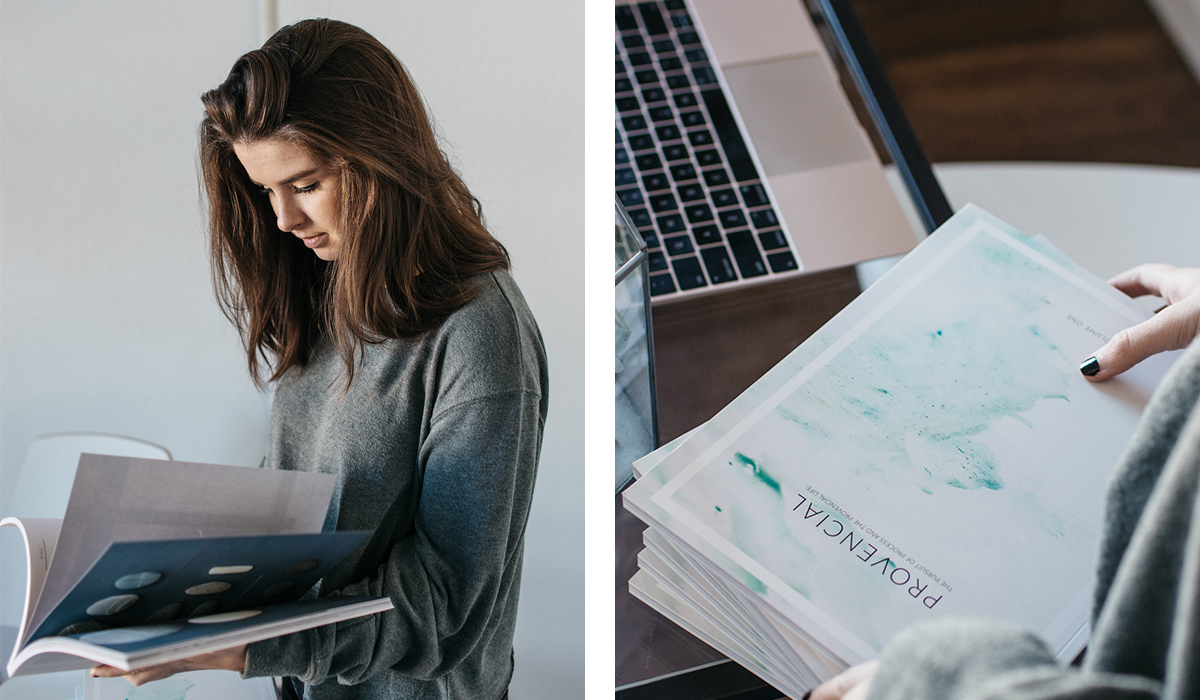 What inspired you to create Provencial Magazine? What do you hope that your readers take away from it?

Provencial was born when I studied abroad in France my junior year of college. I went to France a New Yorker, mixed up in the hustle of the city, climbing an invisible ladder that I couldn't even define and getting lost in the sea of people vying for the same jobs. I didn't realize I had lost myself in the shuffle. I had no time to remember that I was a human, with feelings and needs. Not only needs to spend time with friends, free of the distraction of a to-do list but also physical needs, like rest. When I spent time in Provence (the Southern region of France, hence "Provencial") I was shocked by the partnership of productivity and rest. They were doing just as much as we were in New York, but without the chaos. They floated through their work, partly because they did what they were passionate about, not just the job with the best reputation or compensation. They were focused and excellent in their craft. But somehow, they had mastered the ability to completely "unplug" from their work, and spend time with friends at a cafe in the middle of the day or take a weekend holiday to explore a new part of the countryside. I was astounded by this mindset. It was something I had never encountered before. I vowed I would take it back to New York, even if it were just in my mind. That I would never forget the leisure I so desired, while also being responsible. That's what I call balance, and it's what Provencial is seeking to discover.

How would you describe the "Provencial life"?

The "Provencial life" is a balanced one. One that takes the time to recharge, intentionally. It's not a fluffy or frilly notion. It's one you have to fight for, to create habits to maintain. Creating habits starts off annoying, let's be honest. Like waking up an hour earlier to have time before work to sit at your favorite coffee shop. But once the habit is created, it's there, and it's always worth it. The "Provencial life" means surrounding yourself not with mindless objects, but things that fill you up. Things you had to save for, so that when you get them, they constantly remind you of your faithfulness to the lifestyle you're building for yourself. They make you want to do more.

"Surround yourself not with mindless objects, but things that fill you up."
Tweet this. 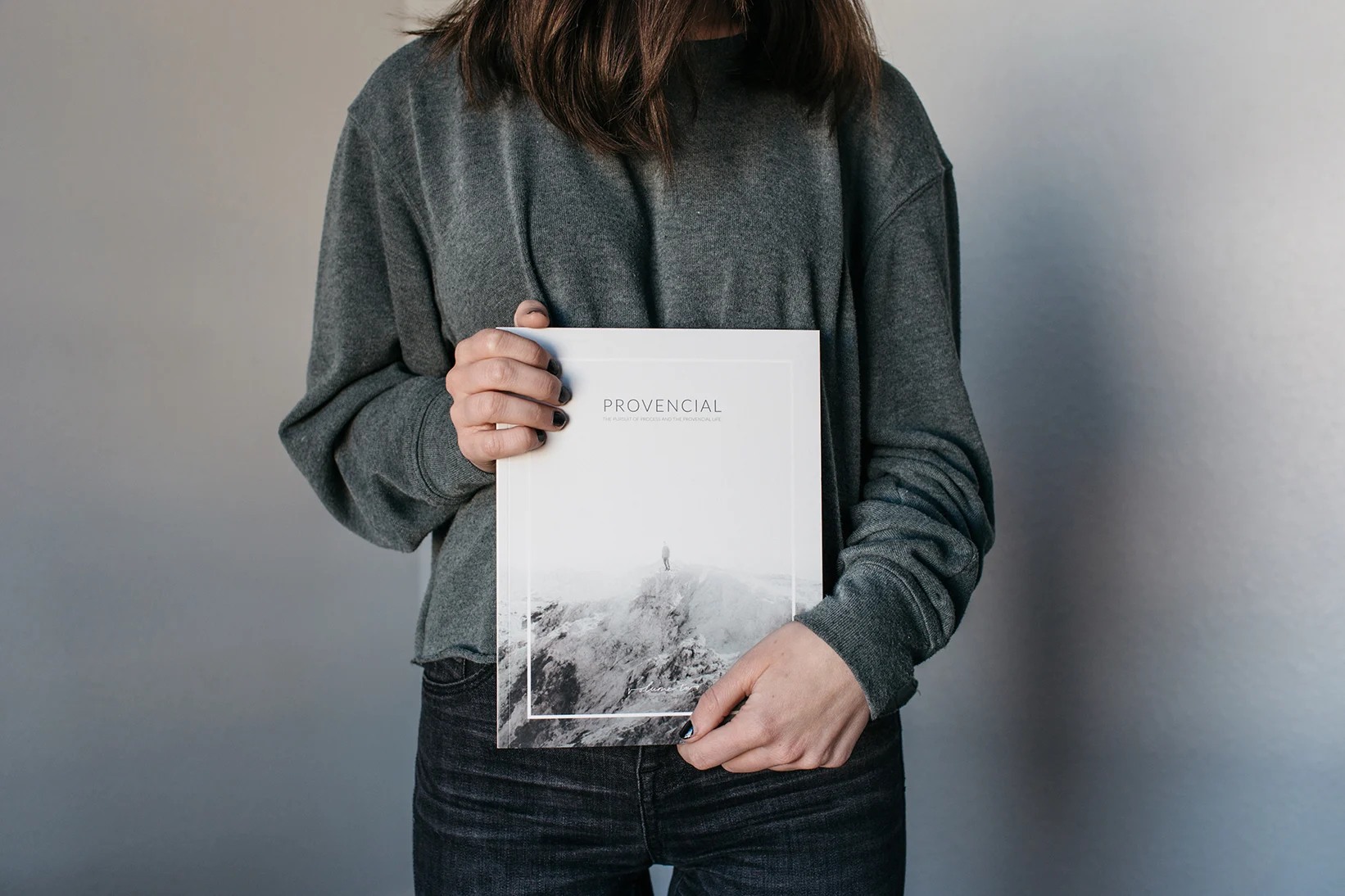 Provencial was founded in Brooklyn, but now you're based in Redding, California. What encouraged the move and what do you love about living in Redding?

To be completely transparent, the decision to move to Redding was spontaneous and not necessarily thought through. I just knew that as much as I loved the city, I was slowly hitting my ceiling. I was exhausted after four years of working my way through college, rigorous classes and constantly learning more about who I am and what I'm actually meant to do. I needed a break. I had really good friends in Redding, it's a beautiful place surrounded by mountains and filled with fresh air. It's just what I needed, I had a gut instinct about it. So I packed up and made my way to the opposite coast. I immediately felt refreshed. I had time to focus on my work, figure out how to build my business, and met some of the best people. And, I actually had time to spend with them. Following my gut paid off because I found another place in the world to call home.

"Following my gut paid off because I found another place in the world to call home."
Tweet this.

Your Instagram has such a beautiful and serene vibe - it gives us so much inspiration scrolling through your feed. How do you find inspiration and ideas for new content?

Thank you! Prvncl's Instagram account is the first thing I did when I started the online version of the magazine in March 2014. About three months prior, I decided to make an Instagram account in faith that I would indeed launch the publication. I started by curating images from talented friends, and some of my work as well. I picked only the things that inspired me toward this "Provencial life" - even when I was still figuring out what that meant. I chose a hashtag (#provenciallife) and ran with it. As it grew, which was a slow organic growth, people latched on to the vision. The hashtag now has almost 40k posts in the gallery. It inspires me probably more than anything, to scroll through and see how everyone is interpreting what Prvncl means to them, and how they're pursuing their version of the "Provencial life." I love to feature them as well as sharing with followers what's going on in my personal journey of discovering this thoughtful balance of work. 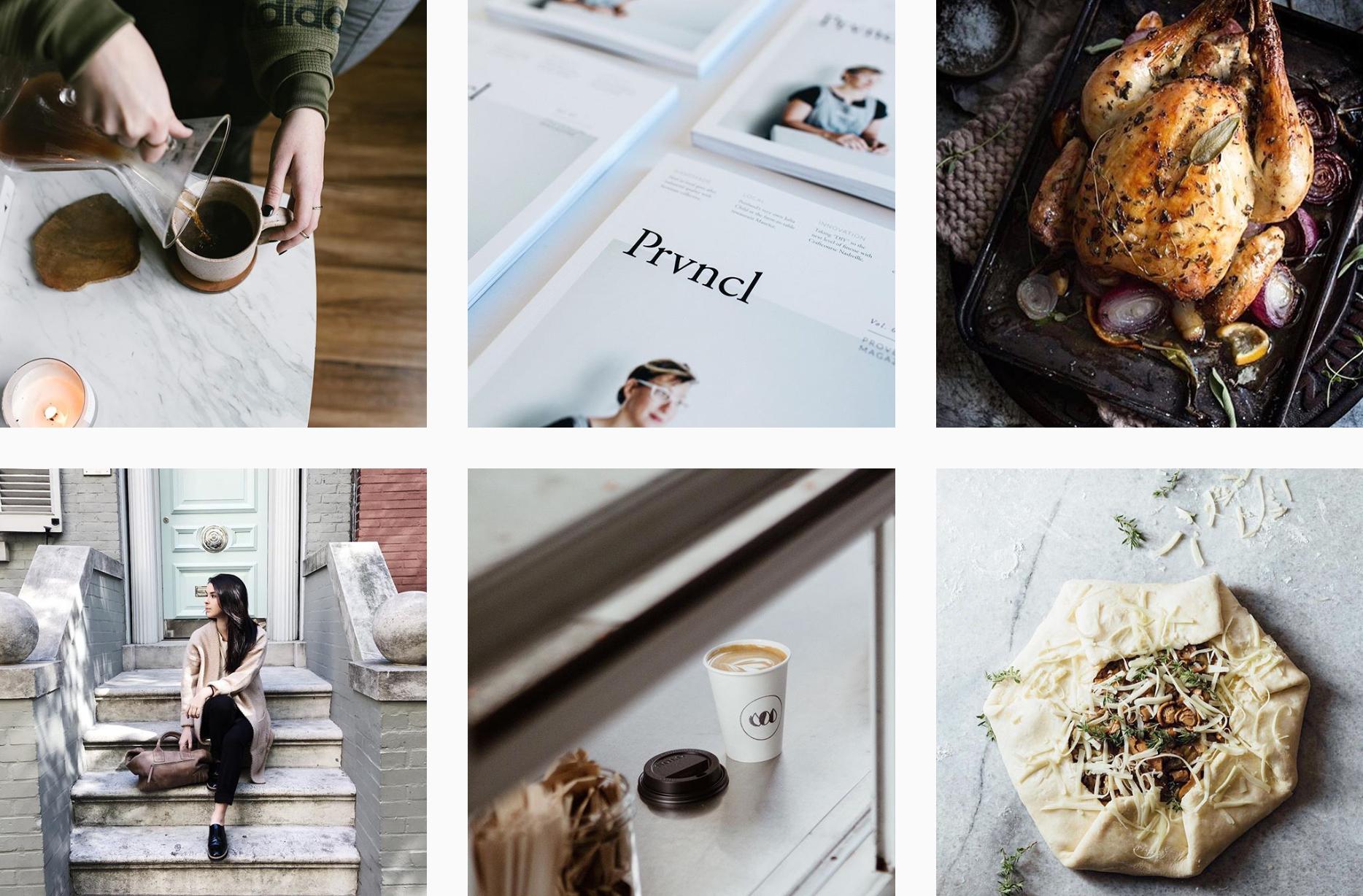 Your magazine is thoughtfully curated. How do you decide who and what to feature in your issues?

I love to curate. It's imperative to me that each issue feels like a collection. The pieces should flow together seamlessly and almost feel like family, so I look for a particular aesthetic when I'm looking at photo submissions - depending on each issue's needs. I also like to pull stories from as many different cultures as I can. The more diverse opinions on a subject, the better.

We love the piece you wrote about balance. How do you maintain a healthy balance of work and play?

It's certainly an ongoing learning curve. Thankfully, there's always plenty of time to figure it out, and there's no pressure. If it doesn't work out today, try again tomorrow. I intentionally carve out time for myself to recharge during the day - where I unplug completely. Whether that's 15 minutes or an hour, I've discovered that doing that actually makes me more productive because my mind has time to rest so that when I do go back to work, I'm able to work at full capacity which then enables me to get things done faster and better.

What is your favorite piece of advice you've ever received?

The best advice I've heard lately is that it doesn't matter what anyone else thinks about my work or success. As long as I believe in what I'm doing, have a passion for what I'm doing, it will translate.

"Believe in what [you're] doing, have a passion for [it] and it will translate."
Tweet this.