The past two weeks have been interesting, to say the least. But we’re here to help brighten your week with a few social media and pop culture updates that–for once–aren’t just about TikTok!

To celebrate Instagram’s 10th birthday its messaging feature will undergo a major update connecting both Facebook Messenger and Instagram DMs for more streamlined communication. Twitter launches a new moderation feature to help stop the spread of misinformation, and Pinterest does its part to help stop people from sporting inappropriate and disrespectful costumes this Halloween. Facebook is not happy with Netflix’s documentary The Social Dilemma. Viral TikTok provides joy to many of its users with Fleetwood Mac’s hit song “Dreams,” and Apple updates its mask emoji to fit the times.

Let’s unpack it in this week’s edition of PLANOLY’s Social Sphere!

This week Instagram celebrates its 10th birthday! Instagram first came on the scene on October 6, 2010. Instagram is one of those apps that evolved with us; it was first created to capture, share, and filter but now it’s used to connect us. Instagram’s original slogan, “Capture and share the world’s moments” is now “Bringing you closer to the people and things you love”. What started as a photo-sharing app has quickly become a way for people to have a livelihood. We didn’t know the impact Instagram would have on us 10 years ago, but now we can’t imagine this industry without it.

Facebook makes plans to connect Instagram DMs and Facebook messenger together to make communication simpler for its users. 4 out of 5 users leverage Facebook and Instagram to connect with people, yet some found it confusing to remember which thread had which meme or conversation. Instagram will add 10 new features such as selfie stickers and message reactions you already see on FacebookMessenger. The major difference is that users on Messenger can message to the Instagram DMs app without downloading another app and vice versa. This will make a more seamless communication experience.

Twitter created a new Birdwatch feature which is its way of moderating Tweets to help eliminate the spread of misinformation on your timeline. Birdwatch will give more context to Tweets in the form of notes. Users can click on a binocular icon in the lower right corner of the Tweet and add it to Birdwatch. Here, users can vote on whether they think the Tweet is misleading then add notes to the thread explaining how it can be harmful to the community. Birdwatch is a community-driven moderation feature. Twitter has yet to comment on its future plans for Birdwatch but did confirm its purpose of eliminating the spread of fake information.

Headspace Pulls Ahead In Meditation-App War

Hit meditation app Headspace is aiming “to improve the health and happiness of the world” but gets into a major battle with competitor app Calm, as the mental health of the world intensifies due to these unprecedented times. But Headspace is set to surpass Calm with its new product Headspace for Work which Microsoft plans on integrating into its Microsoft Teams feature. What sets Headspace's business product apart from Calm’s business product is its medical research and its plan to prove that it's effective enough to get backed by insurance. Headspace is aware that their product isn’t a replacement for serious care but simply a digital alternative.

Pinterest’s efforts to combat cultural appropriation during Halloween started in 2016, but this season they’ve ramped up their efforts even more. Now when Pinners search for costumes they will be met with a prominent Pin about celebrating thoughtfully and respectfully. For example, those searching Day of the Dead costumes will not be recommended as new ideas and will be linked to educational guides on cultural appropriation. Pinterest is also planning on providing Pinners with ways to report culturally insensitive costumes and Pins found.

Facebook was not happy with the Netflix documentary, The Social Dilemma, and its portrayal of social media platforms. Instead of giving a nuanced look at technology, Facebook believes the documentary sensationalized it and blamed technology for much bigger societal problems. The documentary interviews ex executives from Facebook, Twitter, Google, and other tech companies. It explores issues like misinformation, tech addiction, conspiracy theories, election manipulation, etc. Facebook fights back against the documentary’s claims that “The Social Dilemma” does not “acknowledge — critically or otherwise — the efforts already taken by companies to address many of the issues they raise. Instead, they rely on commentary from those who haven’t been on the inside for many years.”

Apple discretely updated its “Face with Medical Mask” emoji. This update was more than likely brought on by the pandemic. The new emoji updates make the emoji friendlier and less lethargic than its original iteration of it. Emojipedia points out that it is the “Smiling Face” emoji with a mask on top. Check out other emoji updates making their way to your phone in 2021 here.

TikTok Creator, Nathan Apodaca, spiked Fleetwood Mac’s streaming numbers with his viral TikTok video skating to and singing along to the classic hit “Dreams” while drinking a gallon of Ocean Spray cranberry juice. The band Tweeted their appreciation and even got in on the trend with Mick Fleetwood recreating the video here.

Hope to see you next time! Can’t wait to see what unfolds, but until then check out our past editions here! 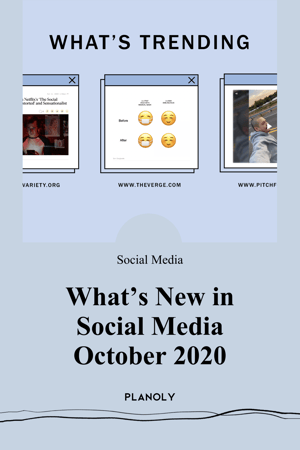