Clubhouse is an exciting and exclusive new social network app. Although still in beta and requires an invitation to join, experts say apps this exclusive tend to lose their lure. Clubhouse is a lot like Twitter in nature because of its idea of following and getting to know people you don’t know in real life online. But it’s a little bit more intimate and grounded in real-life than Twitter. For example, music playing in the background makes it feel like a house party, and users can join rooms with bigger group conversations or choose to go off and start their own rooms to hold private conversations with other users. Clubhouse already has investors throwing millions of dollars its way, but it’s too early to tell how well it will fare due to its lack of moderation on the app.

Two former Quora employees started the new social app, Telepath, to resemble both Reddit and Twitter. Its primary purpose is to discuss users’ interests and has an aggressive approach to moderation, and is believed to be more constructive than any other venture-backed social platform at this stage in development. The potential red flags people see with Telepath is that users have to use their real names and provide a phone number from a carrier, which can be a problem for activists and dissidents. The founders' main goals with Telepath are to promote healthy conversations and make social media fun again. The new app is entirely community-run and, like Clubhouse, only available in private beta that requires an invite to join.

After a 9-month battle with the EU’s lead data regulator, the Irish Data Protection Commission (DPC), Facebook finally launches its new dating feature in Europe. Facebook Dating was initially supposed to launch in February, but due to minimal warning and information, the DPC decided to postpone it from going live in Europe. Facebook made quite a few adjustments to fit DPC regulations, such as making it an “opt-in experience” and ensuring the right security measures are put in place to protect its users. Facebook’s new dating feature is only available on the mobile app and includes users’ ability to share Stories to their profile; users can pick crushes from their Facebook friends or Instagram followers using the Secret Crush feature, and discover people with similar interests via users’ Facebook Events and Groups, and a video call option while chatting. Facebook Dating is now available in 20 different countries, including the U.S. and Latin America, and is already responsible for 1.5 billion matches.

Quibi, the short form mobile-focused streaming app, has decided to call it quits after six months of operation. Quibi launched on April 6, 2020, and is now one of the shortest-lived streaming services to date. In Quibi’s announcement, they say, “We feel that we’ve exhausted all our options. As a result we have reluctantly come to the difficult decision to wind down the business, return cash to our shareholders, and say goodbye to our colleagues with grace.” Despite more than one billion dollars raised, a star-studded content lineup, and two Emmy wins, it couldn’t quite get users to pay for its streaming subscription. Reports even show it lost 90% of its subscribers after the 3-month trial ran out.

A recent investigation revealed that even with Instagram requiring influencers to disclose commercial relationships in their posts, many influencers fail to do so or are hiding the tags beyond the main caption. Instagram can face legal action from influencers not labeling their sponsored posts with #ad or #sponsored and has now vowed to make moves against the accounts that don’t. Instagram is looking to roll out prompts that require influencers to answer if they will receive an incentive from this post and are working to improve its algorithm to trace potential advertising content.

Twitter made it their priority this election year to continue creating democratic conversation through their platform. The company is taking additional steps to ensure users have more context and consideration before amplifying Tweets to stop the spread of misinformation. They announced that they will label Tweets that falsely claim a win and remove Tweets that invoke violence during the election.

Currently, Twitter marks some misleading Tweets, but starting next week, they will up their monitoring. When users try to Retweet a Tweet with false information, they will be shown a credible article to consider before amplifying the Tweet. Twitter will also restrict the accounts of US political figures and campaign accounts, and accounts in the U.S. with high engagement and more than 100,000 followers who Retweet misinformation. Users trying to view these tweets will have to tap through a sequence of warnings and only be allowed to Quote Tweet.

Twitter also encourages users to Quote Tweets rather than Retweet. In addition, Twitter will prevent “liked by” and “followed by” recommendations from popping up in users' timelines and will only show Trends in the “For You” tab in the U.S. that include additional context. Twitter ends their announcement, “Twitter has a critical role to play in protecting the integrity of the election conversation, and we encourage candidates, campaigns, news outlets, and voters to use Twitter respectfully and to recognize our collective responsibility to the electorate to guarantee a safe, fair and legitimate democratic process this November.”

Among Us Passes 100 Million Downloads

If you haven’t heard of the game, Among Us, then you actually might be living under a rock. Trending on Twitch, TikTok, Discord, and Steam, this game has already passed 100 million downloads, almost doubling the second most downloaded game, My Talking Tom Friends. Now predicted to stay popular with most people at home during the quarantine looking for things to do and games to play, it’s the perfect time to try it out.

On Barbie’s YouTube Channel, she and Nikki have an honest conversation about race. Nikki shares specific times she experienced racism. She then talks through a situation on a boardwalk where she and Barbie were having a sticker selling contest, and while Nikki was selling stickers, she was approached by beach security three times when Barbie wasn’t. Nikki also speaks of a time when she experienced a microaggression from a teacher when Barbie was instantly supported and commended on passing her test. Barbie and Nikki’s conversation highlights the different lives Black people and white people live in the same country and breaks it down for children to understand. This vlog is just one of the many ways the internet can hold more in-depth, more meaningful conversations about race.

Emily in Paris Is Trending and Not For Her Social Media

Netflix’s newest show, Emily In Paris, is trending all over the internet and not just because her character becomes a “popular” influencer in Paris. It’s her social media prowess that’s throwing everyone off. Emily’s character, an “expert” in social media marketing, does a poor portrayal and representation of what people in the industry do. People even started creating parody accounts like @emilyinparisite and asking, “is this show satirical or just a bunch of Gen Xers and Baby Boomers not fully grasping what social media managers do today?” Whatever it is, it’s completely unrealistic but makes for a fun show to watch for someone who is in digital media. Special Projects Editor at Instyle, Peyton Dix shares, “She uses hashtags not a single soul would engage with, proposes half-baked social projects, and goes viral by reclaiming the vagina?? The latter is actually probably the most accurate.”

On October 20, 2020, the Legally Blonde cast reunited on Reese Witherspoon’s YouTube Channel, Hello Sunshine. Almost 20 years since the film premiered, the cast members caught up sharing their favorite scenes from the movie and how they brought their iconic characters to life. Witherspoon also revealed Legally Blonde 3 would be in theatres in May 2022!

Check back with us next time and catch up with our past Social Spheres here! 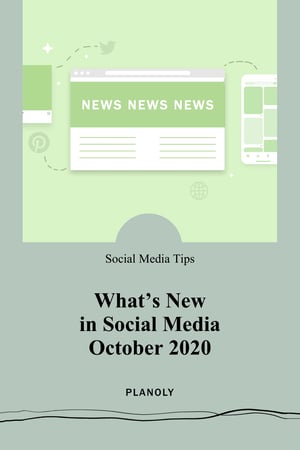