Talks of a political ad ban during November comes after brands started pulling their ads in the most recent Facebook boycott. This isn’t the first time Mark Zuckerberg and his team have floated around the idea of doing a blackout period during election months. However, it is the first time there has been significant pressure from users to do so. This announcement of a potential blackout period could significantly reduce voter suppression for this year’s election.

Banning TikTok in the U.S. Causes Growing Concern for Its Gen Z and Millennial Creators

The U.S. announces potentially banning TikTok over national security concerns, and TikTok users are not happy. For many Gen Z and Millennials users, TikTok has been a sanctuary to them during the COVID-19 pandemic. It has been not only a  source of community and identity but also a part of their livelihood. With talks of a ban, some popular creators are already moving to different platforms and taking their followers with them.

Will Byte Become the New TikTok?

TikTok competitor, Byte, sees its downloads multiply after possible TikTok ban in the U.S. Byte was created by Vine co-founder to be Vine’s replacement. Still, despite the popularity of Vine, TikTok surpassed Byte in-app usage globally. Popular TikTok creators are now flocking to Byte to diversify their platforms and save their short-form video careers. Byte is wasting almost no time jumping at this opportunity and is already making updates to feature more TikTok-like tools.

Instagram’s new feature allows all its users to pin up to three comments within their comments section. The concept for this feature is to encourage more civil discussion between users and followers. It’s too early to say whether this update will help conversations move in a more positive direction, but for brands, it could be a helpful tool to amplify common questions and answers.

Reports say this is one of the worst cyber attacks to hit a major social platform like Twitter yet. Accounts like Bill Gates, Barack Obama, and Kim Kardashian were targeted, and Twitter had to take significant action by blocking Tweets from verified accounts for a short period to protect all its high-profile users. This is still a call for all social platforms to advance their security measures for the future.

Breonna Taylor was the 26-year-old EMT murdered by three police officers after a no-knock warrant went wrong in her Louisville, Kentucky home. Unlike George Floyd’s death, pursuit for her justice came in the form of memes. Although they came with good intentions to put the spotlight back on her murder, they inadvertently removed her from her own narrative surrounding police brutality.

Vanity Fair’s editor in chief, Radhika Jones, has a mission to fix the lack of representation the magazine has shown in its history. That mission includes Dario Calmese as the first Black photographer to make a cover of an issue. He describes his vision for Viola Davis as “a re-creation of the Louis Agassiz slave portraits taken in the 1800s—the back, the welts.” Dario Calmese also goes on to say that this “reclaims that narrative, transmuting the white gaze on Black suffering into the Black gaze of grace, elegance, and beauty.” This cover couldn’t have come at a more critical time in our country’s history. 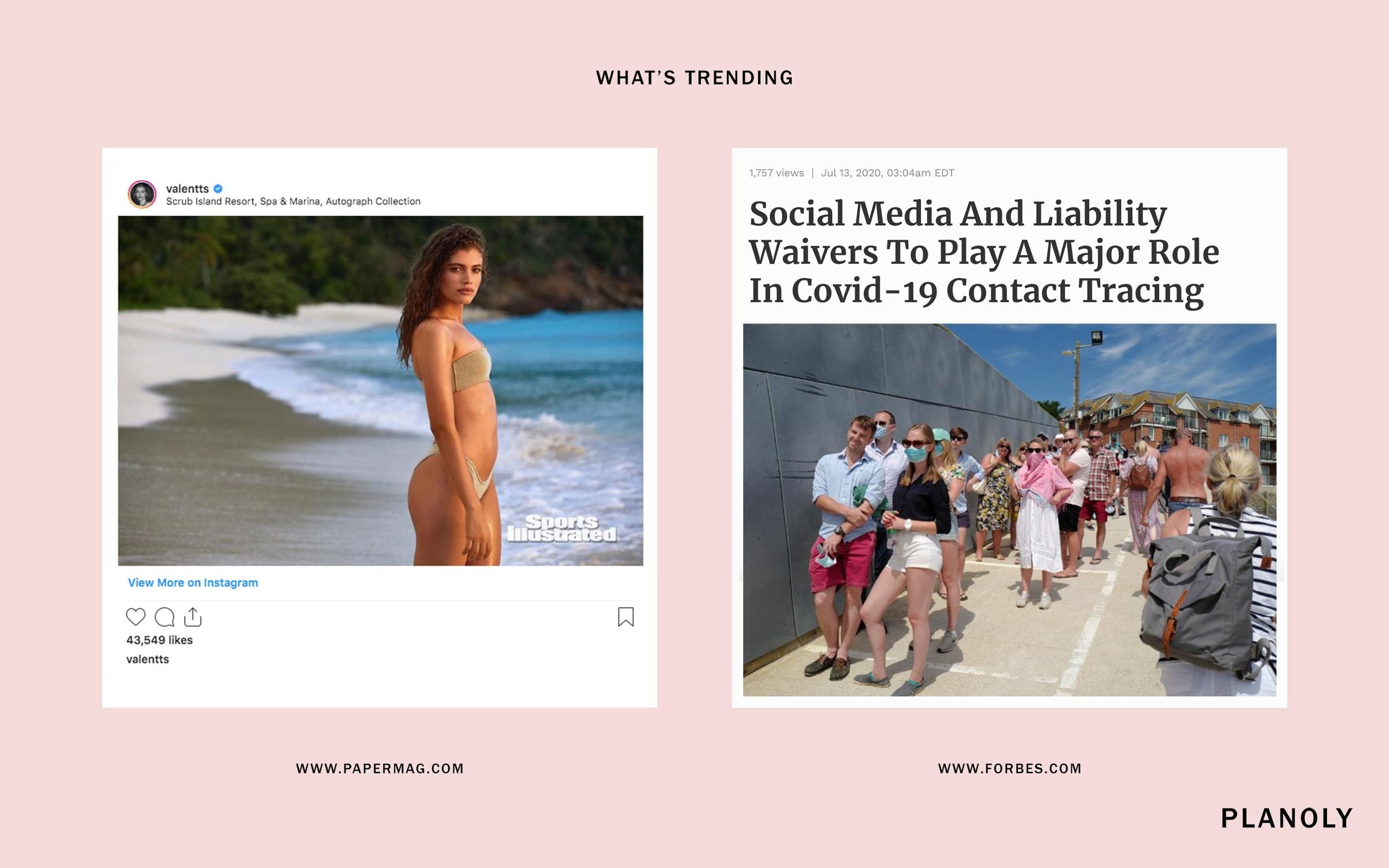 Valentina Sampaio makes history again as the first-ever trans model featured in a Sports Illustrated Magazine. This announcement comes a year after she was hired as the first trans model to model for Victoria’s Secret. Sampaio says she was blown away by their decision to feature her in the 2020 issue and goes on to say, “This is not only an achievement for me as an individual, but for the whole Trans community.”

As states begin to open back up, they consider Liability Waivers for tracking COVID-19 exposure. The company, WaiverSign, pitches a strategy that combines digital waivers and social media platforms that they believe can play an important role in contact tracing. They’re hoping this will reduce the spread of the virus along with the virus’s effect on the economy.

A lot to take in, but tune back in for next week’s social sphere! We won’t leave you hanging.  For past editions, visit here.