As the potential U.S. TikTok ban continues, the ByteDance-owned company plans to sue the Trump Administration. In contrast, TikTok continues to speak with companies like Microsoft and Oracle about a possible acquisition. Still, in the time being, TikTok wants to ensure that its employees are treated fairly throughout this process and compensated if the ban takes place.

Reels Doesn't Quite Stack Up to TikTok

NYT writer Taylor Lorenz reviews Instagram’s new feature Reels, and let’s just say Reels has nothing on TikTok…yet. With TikTok estimated at 50 million daily active U.S. users, Instagram Reels will need to work out some kinks if it wants to reach the same level of popularity. Overall, the feature isn’t a complete fail but maybe a little more complicated than it’s worth and its editing features are less intuitive than TikTok’s. However, people who aren’t seasoned TikTokers might have more luck adopting Reels because they aren’t used to anything else. Check out our Reels Best Practices to get up to speed.

Did Facebook’s Spread of Health Misinformation Contribute to COVID-19 Cases?

Just as people praised Facebook for its quick reaction to an anti-vax promotional video that highlighted COVID-19 conspiracy theories, reports surfaced, concluding that Facebook contributed to spreading health misinformation. Human rights group Avaaz conducted a study to track the views of health misinformation websites on Facebook during the height of the pandemic, and data shows a surge in views in April. The views reduced as Facebook started rolling out efforts to combat misinformation. Avaaz’s reports continue to highlight our concerns about social platforms spreading false news. This is scary, considering many people rely on social media for news updates.

Snapchat Aims to Expand Their Audience With New Sharing Features

Snapchat is making major updates to its platform by offering new sharing options for users to share Snapchat’s premium content offerings. Previously, Snapchat only allowed users to share Official Stories of celebrities, influencers, or Snapchat’s account. All the links shared will either take viewers back to watch the videos through the app or on the web. This is just another way for Snapchat to make its content more accessible to a wider user base.

Facebook’s Voting Information Center (VIC) is now live on Facebook, Instagram, and Messenger. The goal of the VIC is to make retrieving voter information by state easier for eligible voters. Through VIC, users will access information about voter registration, link out to voter registration forms, and more details about the coming election. Facebook will work closely with state election authorities to ensure all VIC information is accurate for its users.

Reddit’s live-streaming service, Reddit Public Access Network (RPAN) plans to expand into more subreddits in the next couple of months. People who don’t know much about RPAN, it allows users to live-stream from their phones directly to subreddits. For example, on r/AnimalsOnReddit you might see someone sharing a video of their animals. They plan to bring the streaming capabilities to more communities on Reddit and extend their streaming time lengths.

Breonna Taylor is the Cover of Vanity Fair

A portrait of Breonna Taylor makes the cover of the latest Vanity Fair issue. The portrait painted by artist Amy Sherald aims to capture the woman Breonna Taylor was, and serve as a symbol for what we’re fighting for. The issue shares an interview with Breonna Taylor’s mother, Tamika Palmer, to help paint the picture of a life taken too soon.

Paper Magazine, best known for its “Break the Internet” cover featuring Kim Kardashian, recently had its Instagram taken down due to copyright notices filed by the company Okularity. The publication’s account was a favorite of followers looking for pop culture updates. They recently published a statement saying, “On July 8, 2020, Instagram disabled our account (@papermagazine), due to copyright notices filed by a company called Okularity. Our lawyers allege that Okularity crawls the internet for unauthorized use of images in order to extort account holders.”

Paper Magazine isn’t the first account to get flagged by this company. They’re also suing stars like David Beckham for posting unauthorized photos of himself. This removal comes at a rather inopportune time as more people lean on social media for news updates.

While there are many ways social media can be harmful, the trending ‘Venmo Challenge’ aims to do the opposite. Originated on TikTok, Lexy Burke asks her followers to donate 50 cents to help tip a server for her birthday dinner. In just one day, the TIkToker accrued $1200 and was able to leave her server $1,007 along with two other large tips. She’s since left 45 tips to people in the service industry and continues to do so and impact them during these trying times.

YouTubers James and Myka Stauffer, famous for their well-publicized adoption journey and family vlogs, recently found themselves in a scandal when they unadopted their son Huxley. James and Myka shared every part of their adoption journey except for their decision to give Huxley to another family after they reported that caring for him became too difficult. They addressed their fans after speculation arose that the content of their vlogs changed, and Huxley hadn’t appeared in any for a while. This is a harsh reality of Youtube personalities who put opportunities over humanity.

That's all folks, catch our past editions here! 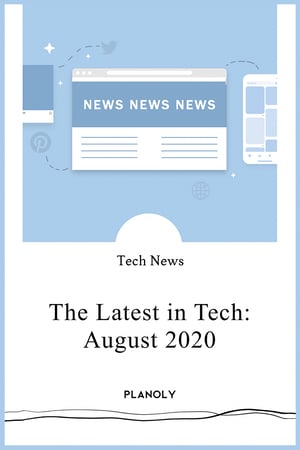