Just a few years into the 21st century, social media took the world by storm with Facebook emerging in 2004, following predecessors like Friendster and Myspace. YouTube became a thing in 2005, followed shortly after by Twitter. Instagram made its debut in 2010, and TikTok currently serves as inspiration for many burgeoning social platforms with its high engagement and large-scale profits. In fact, TikTok surpassed Google in 2021 as the most popular website.

Instagram is perhaps the social media platform most well-known for introducing the concept of the influencer. What an influencer exactly is tends to be loosely defined, as it requires neither fame nor influence in and of itself. Instead, part of the job description is having the tenacity to project a personal image out into the digital world and in so doing, affect the behavior (and spending patterns) of followers.

Influencers post and share their daily lives through photo and video posts as a way to connect with their followers and inspire them to learn about the products they use or recommend. In 2014, Instagram introduced its paid advertisements feature, which allowed brands to partner with various influencers to sell products to consumers with just a tap of a finger. The influencer gets paid to share and post the product on their platform. It was, from the very start, a win-win situation for both parties.

Very quickly, the days when ad agencies needed to plan expensive photo shoots and buy placements in magazines to sell a product were disappearing. Other long-held rules of the advertising world were also rapidly becoming passe, such as trying to forecast consumer trends several months ahead and engaging marketing think-tanks to develop a “character” (think Tony the Tiger or Geico’s gecko) to make a brand more personally identifiable to the average consumer. The advertising game has now evolved, with consumers becoming an active driving force behind a product. To get a more detailed look at how and why this has occurred, PLANOLY analyzed social media, advertising, and consumer trends to highlight how advertising has evolved from catchy slogans, jingles, and celebrity endorsements to the digital age of social media influencers and online metrics. 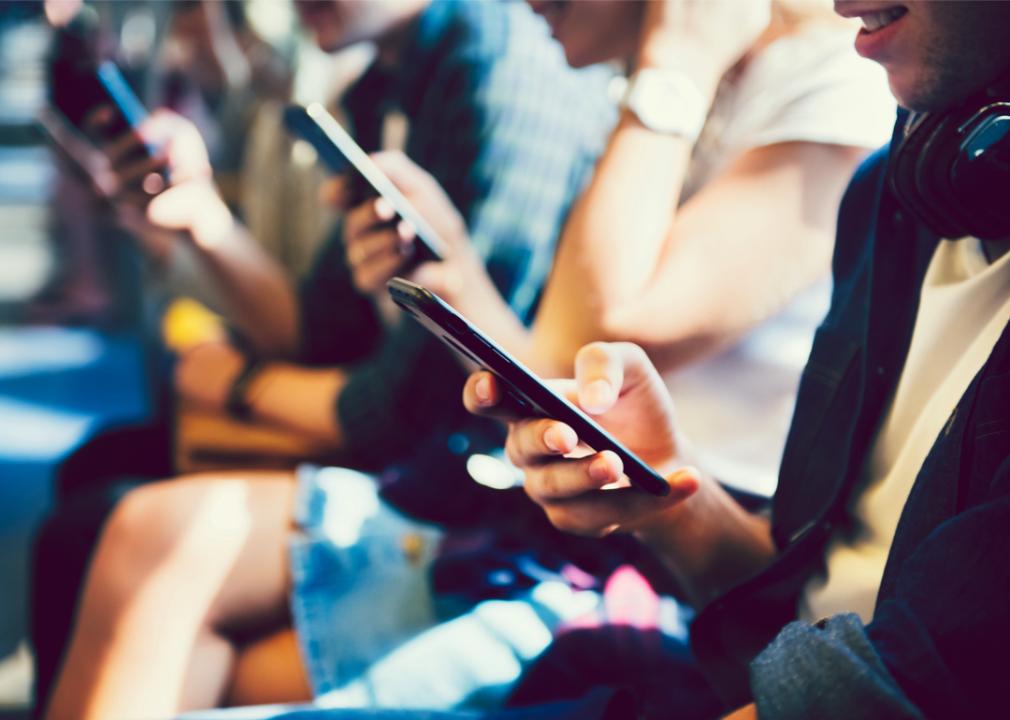 Social media has evolved from being a popular pastime for people to connect with others and share personal news to being a marketing tool that influences trends, behavior, and cultural positioning for individuals and companies alike. Consumers who use social media have options to purchase products from various platforms, whether it’s purchasing new or used items on Facebook Marketplace or buying a product from an Instagram boutique. In 2021, over 47% of U.S. social media users aged 16-34 made an online purchase directly from Instagram, and nearly 51% said they made purchases on Facebook. Experts predict that Gen Z and millennials will be the primary growth drivers of social commerce, contributing 62% of spending by 2025 to a sector expected to reach $1.2 trillion. 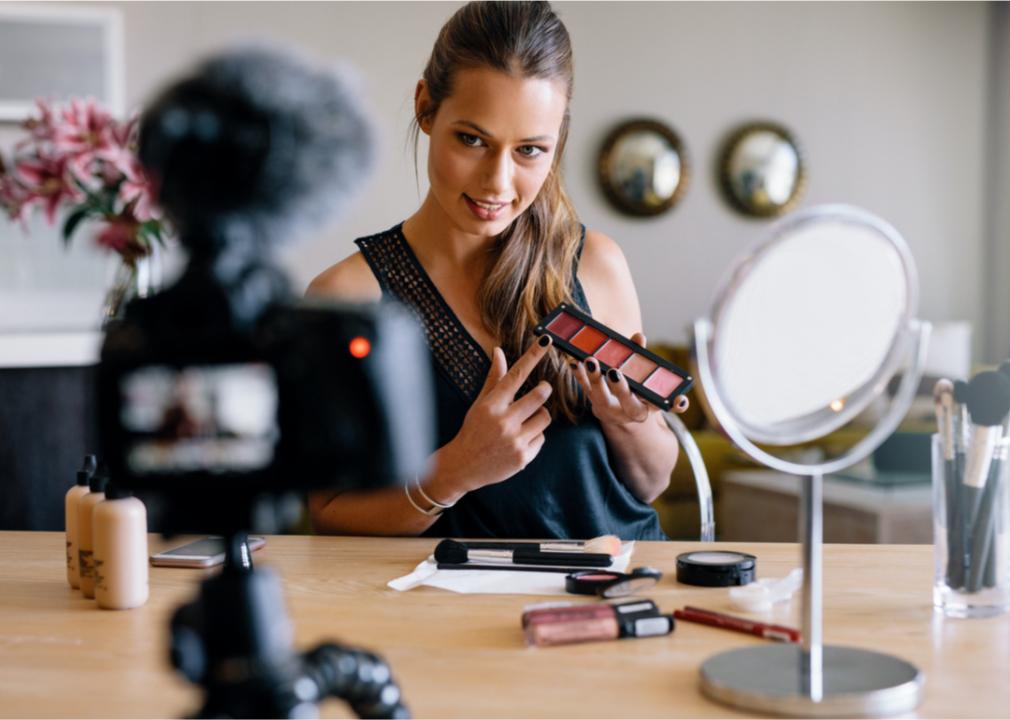 Social media highlighted the power of influencer marketing and advertising

Influencers are as much social media personalities as they are entrepreneurs. Considered by mainstream consumers as significant in the social media space—notably Instagram and TikTok—influencers can leverage their online network to drive purchasing decisions, especially when it comes to marketing and advertising for a company or organization. Major brands are aware of the value of influencers and influencer marketing, and in 2022 are projected to spend $15 billion in this space. TikTok’s explosive growth has caught the attention of even more marketing agencies that are willing to participate in sponsored TikTok collaborations. The digital expansion continues to include retailers online, which means more potential partnerships for brands and, of course, more opportunities for influencers. 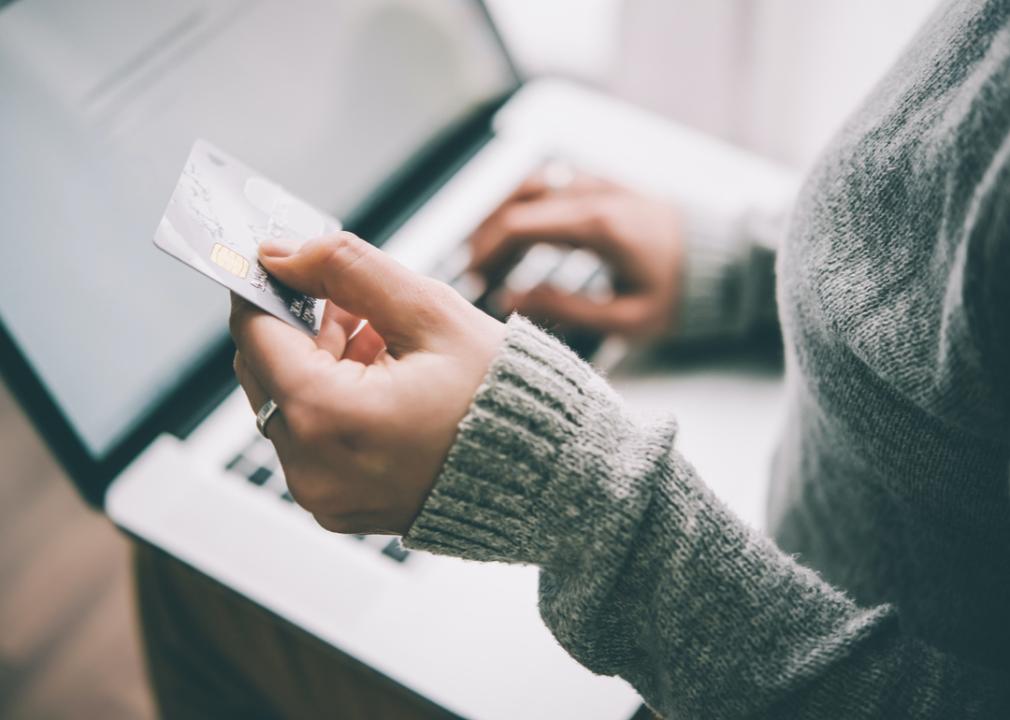 Consumer spending has changed to be more online

The ongoing COVID-19 pandemic has perhaps permanently changed the course of consumer spending, as evidenced by a 9.4% increase in e-commerce spending during the winter holiday months of 2020 compared to 2021. In addition to increasing their online spending, consumers have forced a shift in brand loyalty with 75% of shoppers around the world indicating that they've tried different shopping methods and explored brands they've never used before. Social media purchases alone are expected to reach $1.2 trillion by 2025, an increase from $492 billion in 2021. The most common items sold on social media platforms are clothing, electronics, and home decor. 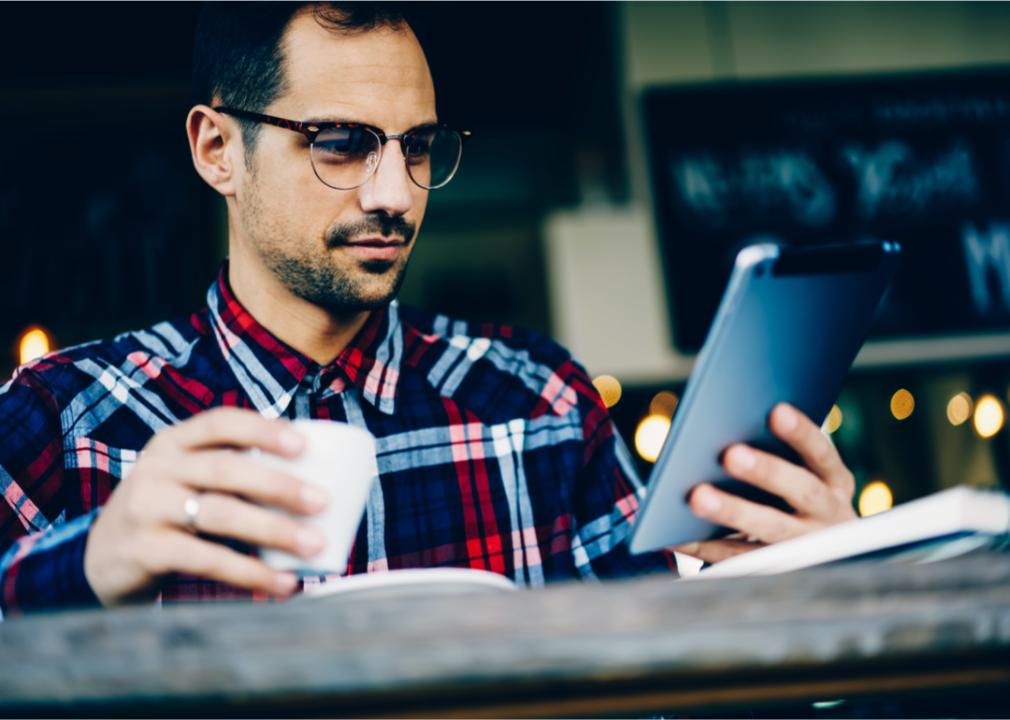 Advertisers have changed the way they measure success

Influencer marketing has seen a rise in recent years with many businesses now having an influencer-oriented budget included in their market strategy. Businesses employ ‘audience reach’ data to measure the success of influencer programs, which shows the number of views an influencer gets on a piece of content. Engagement can be analyzed through likes, shares, and comments, while ‘conversion’ tracks any action a user makes after viewing an influencer's content on social media, such as clicking to a product's website. Some other ways conversions can be calculated include when a viewer makes a purchase, completes an online form, or downloads an app after reviewing content that was posted on the page. 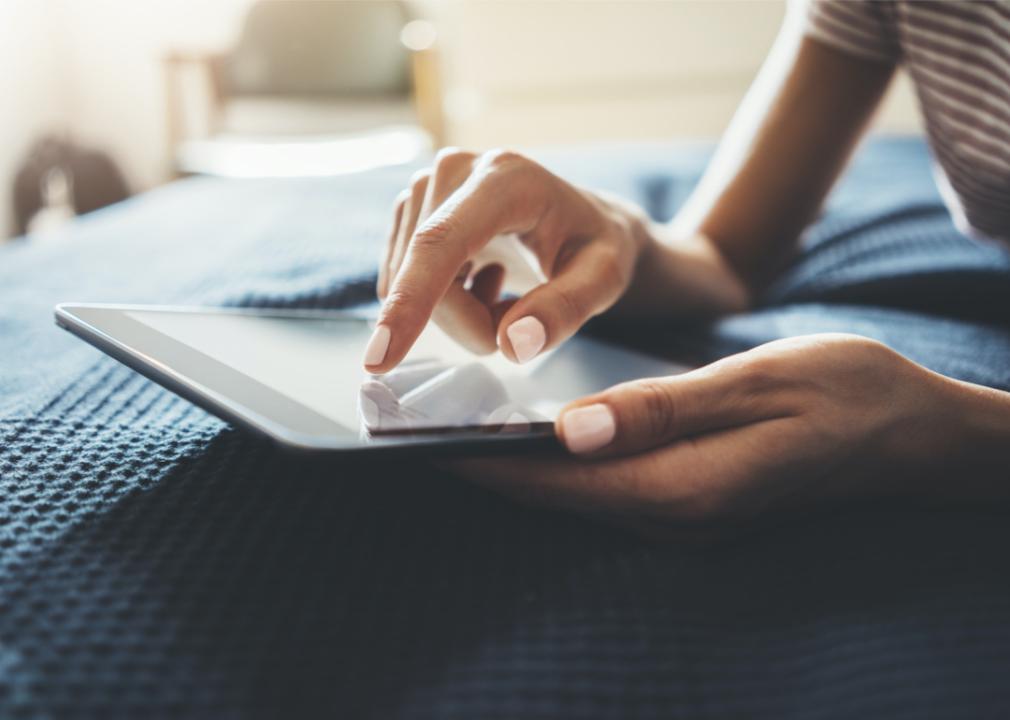 Advertisers have had to shift their priorities

Advertisers have definitely had to pivot throughout the digital age not just in how they create content but how they spend their marketing dollars. Budgets have shifted from traditional media (such as print and TV ads and billboards) to digital media — and when you add the impact of the pandemic to the mix, it's clear that priorities have narrowed. During the pandemic, consumer behavior rapidly changed and advertisers had to keep up. As contactless payment increased, advertisers had to conform to more digital approaches. 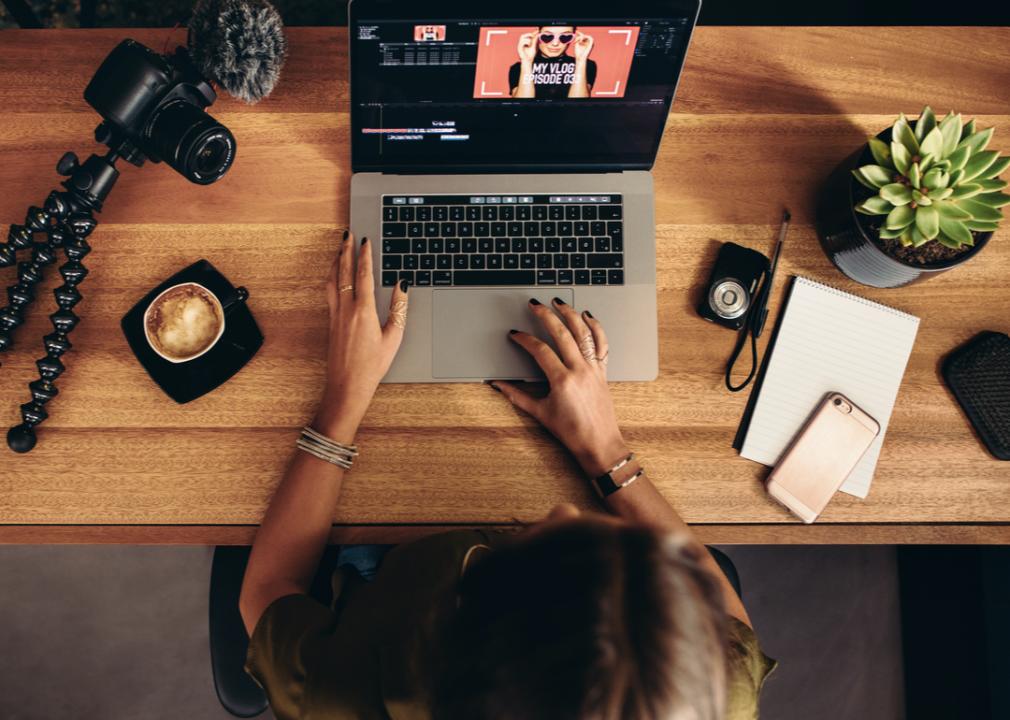 Let’s flashback to pre-social media days when advertising was portrayed through catchy commercial jingles on television and radio, brand characters were created around cereal products, and flashy photos of celebrities were sprawled across glossy magazines and catalogs. It was a time when consumers were more in the spectator seat; the function of ads was to sell to the passive consumer. Fast forward to today and consumers are becoming more than just onlookers. In order to build consumer trust, brands are now partnering with people whom they would have traditionally targeted as a consumer. The content seen in marketing and advertising is different now with consumers using their own platforms, creating Tik Tok and Instagram videos from their own living room, and putting their own form of advertising content out into the digital world just by typing #ad. 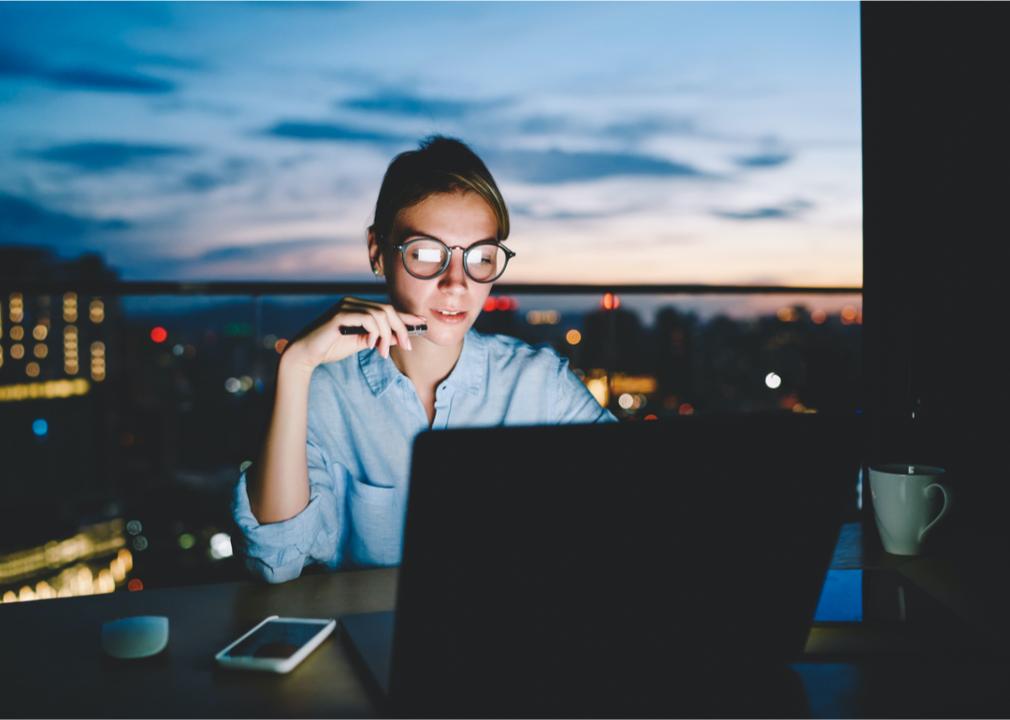 Social media has significantly changed the way we communicate, making it easy to find out more about interests, hobbies, and products instantly at our fingertips. According to the Pew Research Center, 86% of Americans get their news from a digital device. Social media, which is free of charge, has allowed more people to share their voices and opinions with a much wider audience. Before, news and information came from traditional vehicles of television, magazines, and newspapers, which were gatekeepers deciding who could be seen and heard. Now, anyone with a social media account can send out information. One message can be sent to a mass amount of people with just a click, which is highly beneficial for marketing agencies that wish to get the word out about a new product. 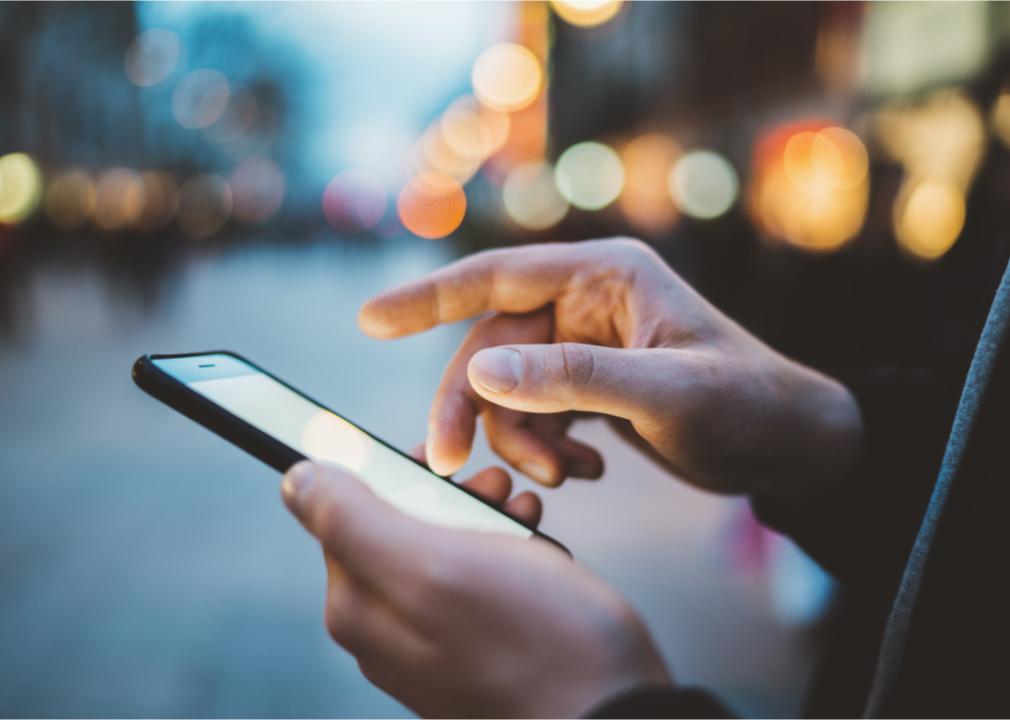 It’s crucial for businesses to establish a social media presence and create a strategy for responding to customers’ questions or concerns in a timely manner. Human interaction online is fundamental to real-time engagement and lends itself to brand loyalty and trust. If an audience doesn’t feel a meaningful connection to a brand beyond a purchase, they may switch to another competitor. Social media allows brands real-time insight into their customers' preferences—they can track which images are most popular for the brand’s social posts and what words or phrases are a hit. In the era of instant accessibility, research trends suggest that social media users expect companies to respond to their inquiries or comments within 24 hours. 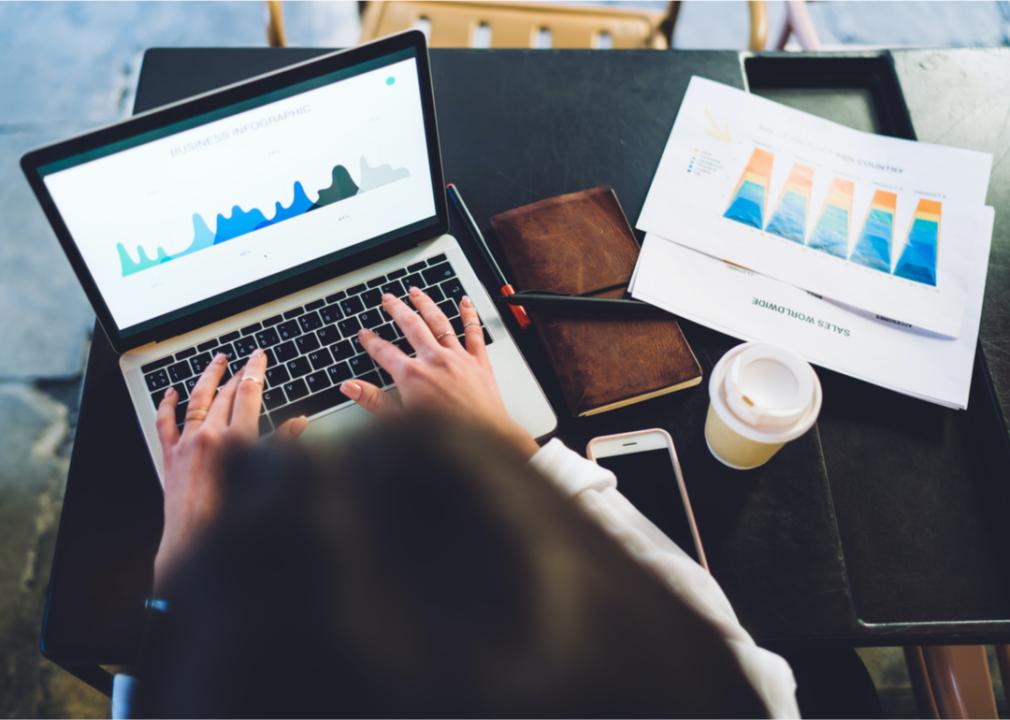 The rise of e-commerce powerhouses such as Amazon, as well as evergreen hubs like eBay, has pushed brands toward more and more advertising in an effort to increase retail sales across the board. The advertising industry globally saw huge gains in 2021, especially in digital media with social media being a driving force. The U.S. ad market is estimated to surpass $300 billion in spending in 2022, with the global market projected to be $700 billion. While traditional advertising and media such as television and radio pose a varied outlook when it comes to growth, ad agency Zenith predicts that digital media ad spend will crest $200 billion in 2022. 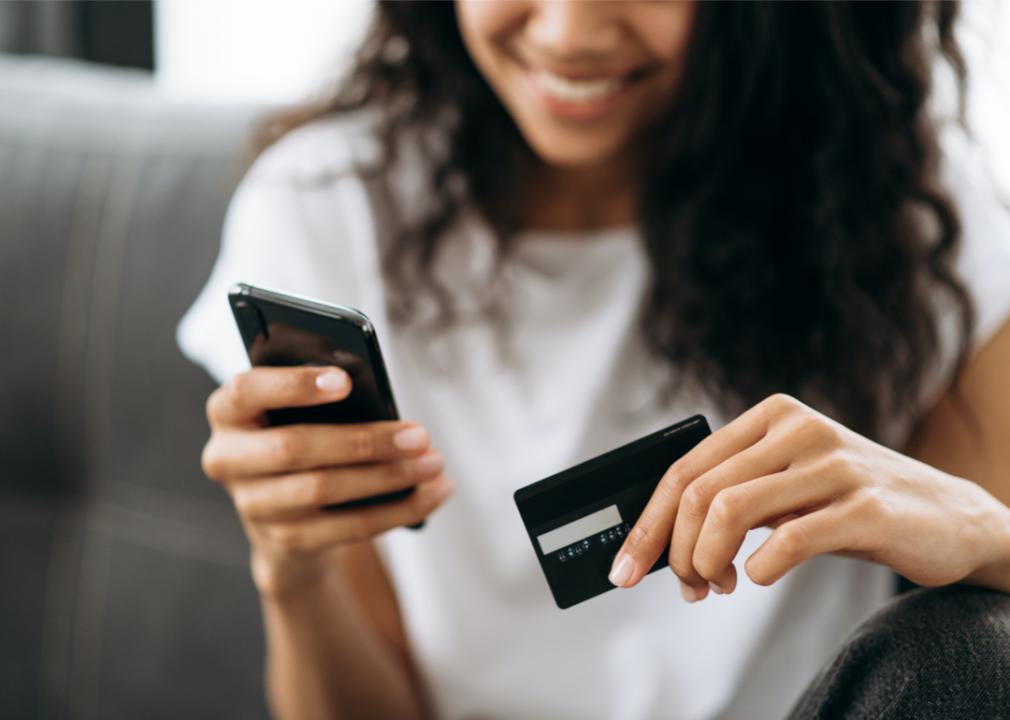 Results of advertising campaigns can be quickly determined

These days, it is easier than ever before for advertising agencies and influencers to measure success in real-time. Influencers and marketing agencies can determine the success of a marketing campaign within a month or less through detailed metrics such as user engagement, amount of shares, likes and reach, and conversions. Although engagement doesn’t have a monetary value, it’s a valuable metric in determining brand awareness among their target audience. Measures of success, as well as the ability to figure out what’s not working, can be easily tracked through the number of followers gained or lost, as well as click count. Businesses generally establish a time period when key performance indicators are measured such as monthly or quarterly. 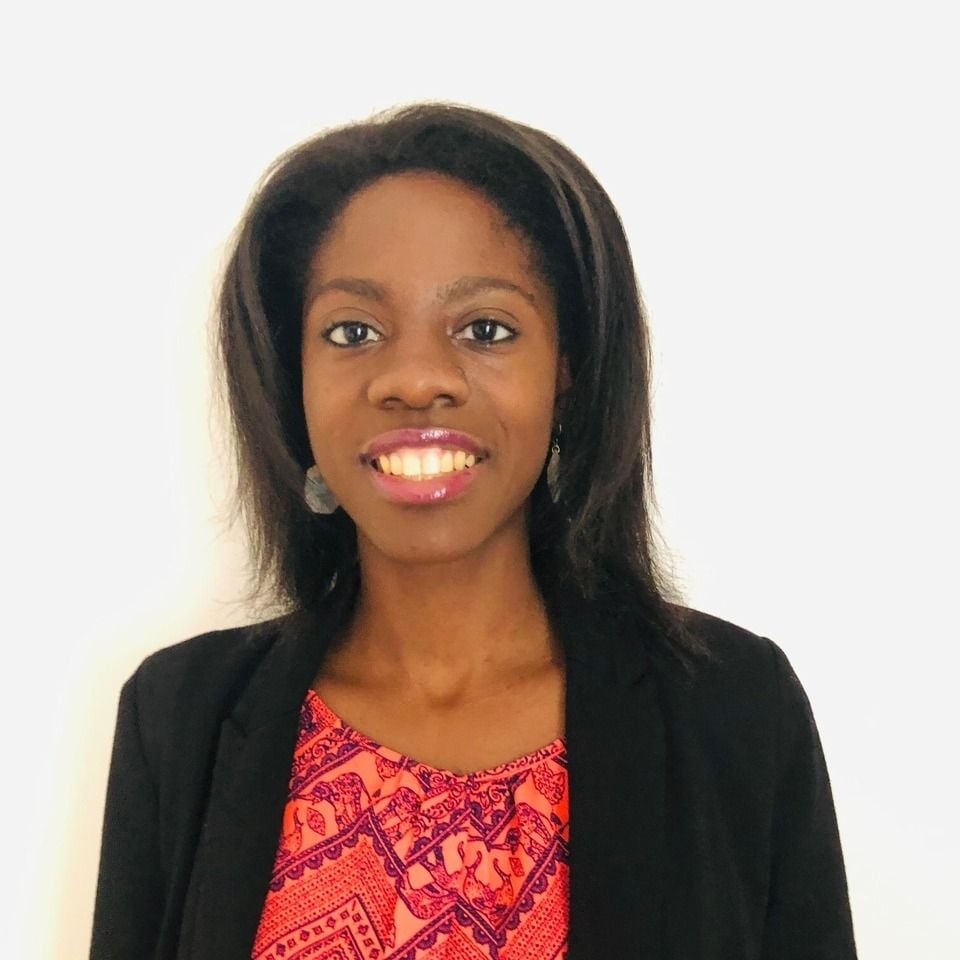 10 Ways to Build Your Brand on Social Media

How 4 Content Creators Protect Their Peace on Social Media