Keeping pace with the 24-hour news cycle is a near-impossible task. Miss a day's worth of news and it feels like you've been under a rock for a week – a rock that sadly has no WiFi.

We created the Social-Sphere series for this exact purpose: to keep pace with digital news when you can't. This week, Facebook and Instagram maintain a stronghold on social trends. IG lurkers run up against a brick wall, and a potential Stickers feature might change the way we approach digital marketing. Let's dive right in, shall we? 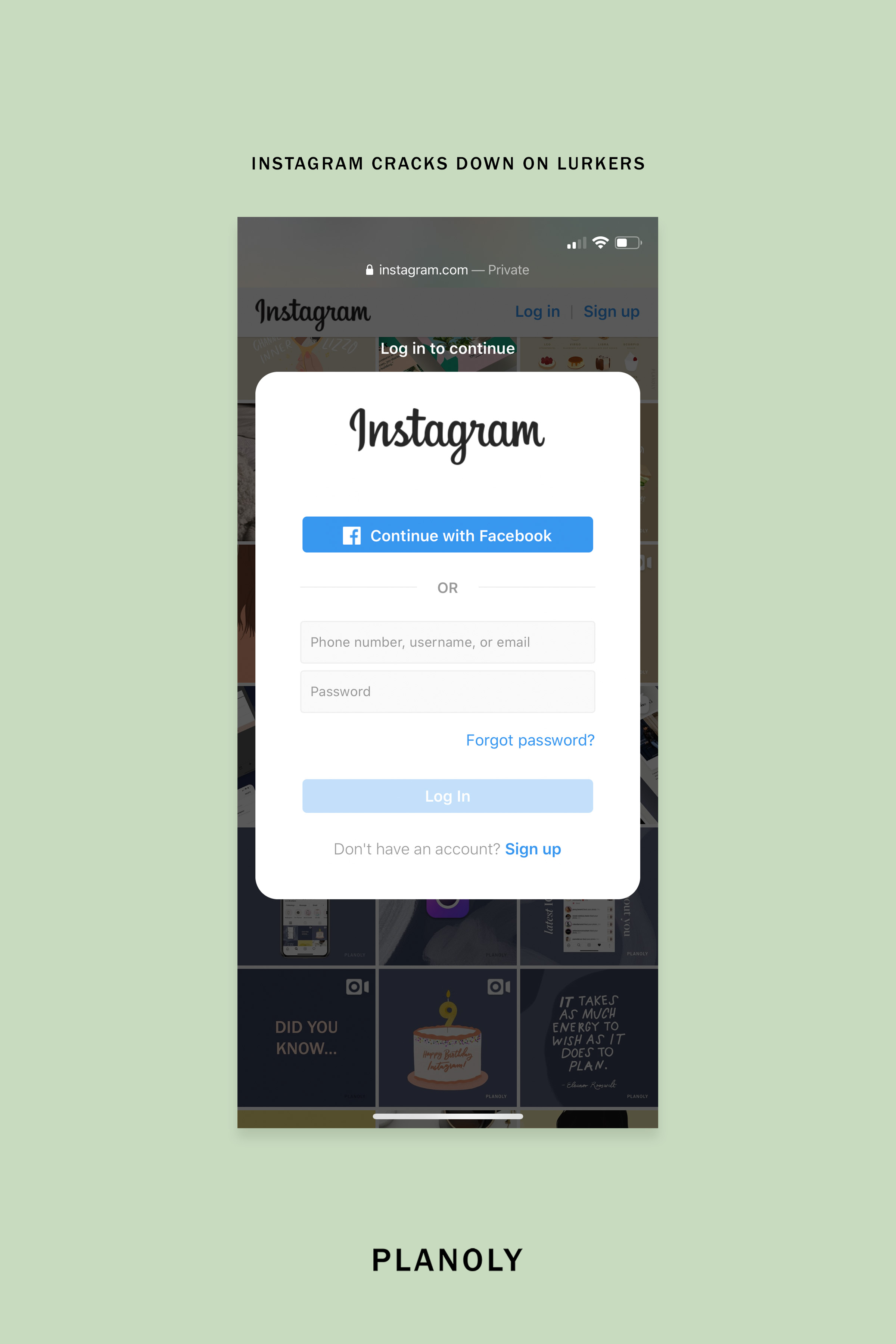 While the most significant function of IG's Stickers feature has been its crowd-sourcing poll metric, that will likely change if/when the "Invites" Sticker goes live. An inventive path to planning your next event directly through IG Stories, this RSVP-themed feature is poised to streamline digital event planning and simplify social media marketing.

This week, Facebook launches its long-awaiting FB News feature. Following months of testing and securing multi-million dollar deals with industry-best publishers, the company's comprehensive news tab has finally arrived. Alongside trusted publishers, Facebook has implemented a rigorous verification process for publications wanting to be featured on FB News. Some feel Facebook will give preferential treatment to certain publications over others. If you're a marketer, this might be good news to rebalance efforts towards text-based content alongside videos.

If you love to trace the steps of your friend's ex or use the web browser to spy on others, we've got some bad news. Instagram removed its controversial "following" tab last month, which allowed users to see which photos their followers liked and/or commented on. The platform is also preventing non-users from viewing multiple photos or public profiles without being logged in. In the past, IG was a bit of a lurker free for all. Now? Not so much. This "lockdown" course of action is indicative of a broader Facebook strategy, one that intently limits the activity of non-users. 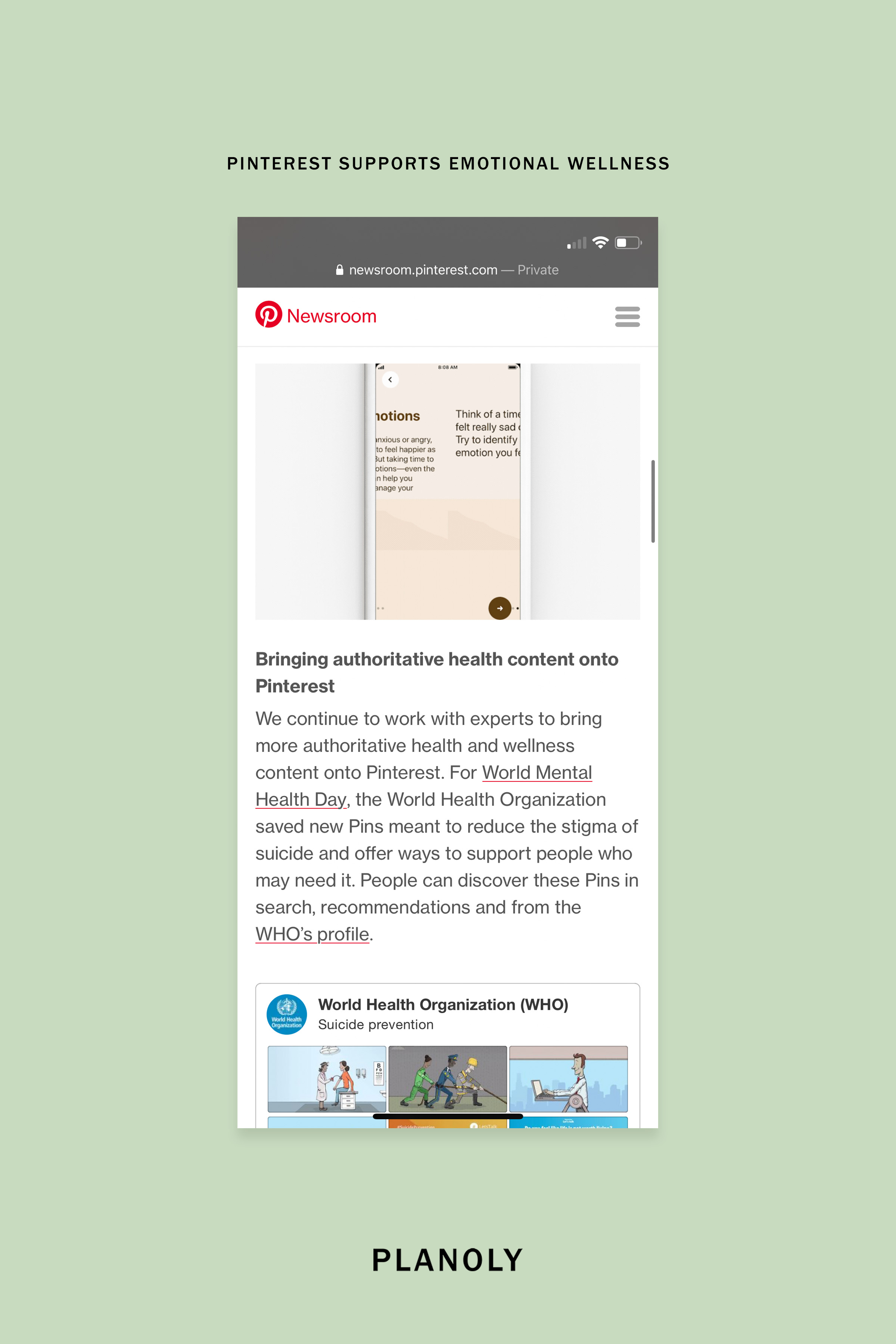 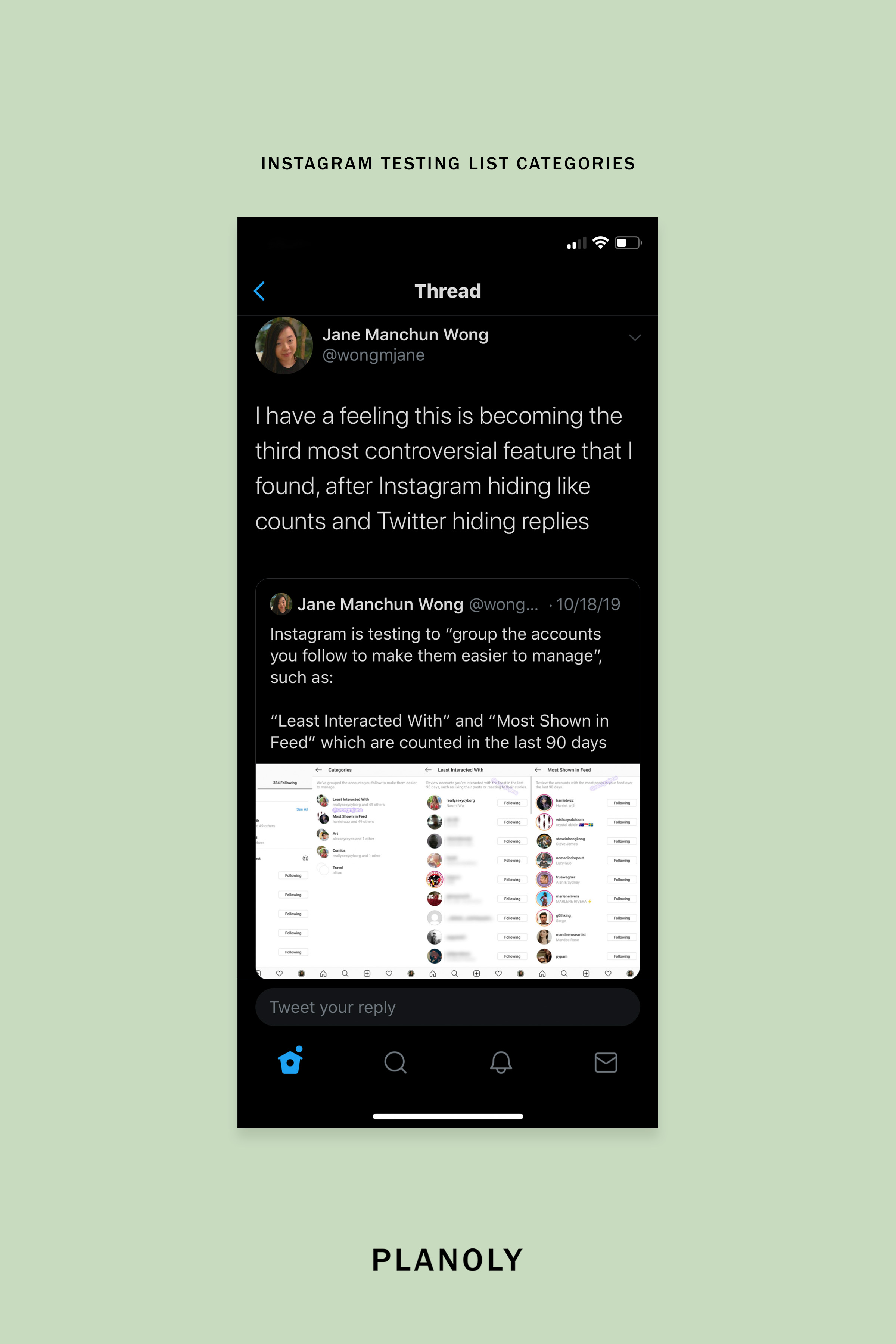 Pinterest is taking a greater interest in emotional and digital wellness with its "#pinterestwellbeing" hashtag. There's greater awareness around the impact of social media and the triggers they may pose. By searching with the hashtag, users can jump into gratitude and self-compassion exercises. This initiative marks a leap for Pinterest into authoritative health content. Peruse through some of the resources on the Pinterest WHO account. Speaking of Pinterest, are you using our PinPlanner?

Like the "Close Friends" feature on Instagram Stories, Instagram is testing a "Following List" tool that allows users to categorize followers on a list. Want to group your favorite photographers, artists, or style personalities? This exciting yet unconfirmed feature offers that exact possibility. Beyond just grouping like-minded individuals or compartmentalizing genres, a testing screen preview shows categories that include "Most Shown in Feed" and "Least interacted With." The latter almost ventures as far as to suggest unfollowing those accounts with limited interaction. As we inch closer towards the holidays, expect more from the giants of social media as they look for ways to engage users during the busiest time of the year. Stay tuned for more from our Social-Sphere series in the weeks ahead and check out our small business tips for the holiday blog complete with a downloadable workbook!