Isabel McWhorter-Rosen has always been at the crossroads of different creative industries. This idea extends to our featured PLANOLEADER's current professional endeavor as the Social Media Content Coordinator for The Wing, the celebrated women's only social club, and co-working space. Isabel's days are full and often spent collaboratively crafting social content for The Wing's platforms. This cross-departmental approach speaks highly of The Wing's commitment to community and also manifested itself during our recent visit with this digital darling at The Wing's insanely gorgeous SoHo location. To us, a picture speaks a thousand words, so enjoy a ton of #interiorinspiration, along with Isabel's thoughts on social media and her best practices for creating content in a women-centric space.

Hi! I'm Isabel — a born and bred New Yorker, and the woman behind The Wing's social media!

Before The Wing, what were you up to professionally, what role did digital play in your job description, and what have been some notable moments throughout your career so far?

Before I started at The Wing, I was doing a bunch of different freelance writing and content creation work (while also trying to get some screenwriting and TV projects off the ground). I was honestly super late to jump on the Instagram bandwagon — my first post was "I want to be an Instagram sensation" scribbled on the corner of a newspaper. Pretty sardonic. Save for one job where I was tasked with creating content for a social media start-up; digital hasn't played a defining role in my professional history other than being a semi-arbitrary place for writing to live. Vogue.com bylines would definitely be a career highlight — but (and not to be super cheesy) most of my favorite work experiences have been when I get to collaborate with people I genuinely enjoy - finishing a pilot script with my screenwriting partner, co-authoring the Bad Cat Calendar (Workman Publishing) with my father and, of course, my current job at The Wing where I am sincerely moved by every single woman I get to work and interact with on a daily basis.

"My favorite work experiences have been when I get to collaborate with people I genuinely enjoy."
Tweet this. 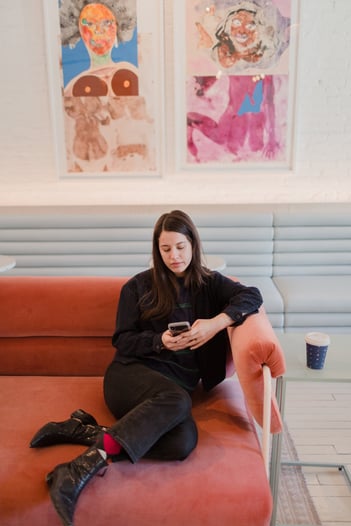 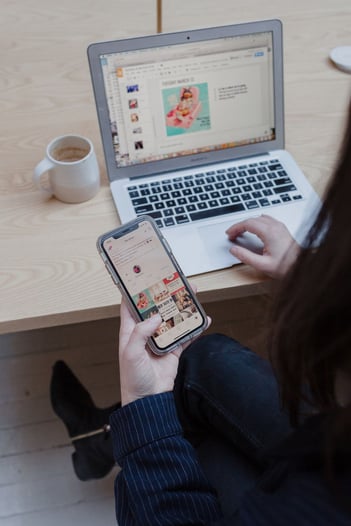 How would you define your current role as the Social Content Coordinator, how have you seen The Wing's social presence evolve, and how have you helped to shape it since joining the team?

My role is pretty nebulous — aggregating content, caption-writing, creating the content calendar, one-on-one messaging, analytics, event coverage, Instagram stories, social plans for partnerships— the whole thing. Before I came onboard, there wasn't a person dedicated to handling our digital presence — Audrey Gelman, The Wing's CEO, and my boss, our Brand Director, Alex Covington, essentially had joint custody of our social accounts. Since The Wing's identity is all about creating and fostering a diverse and supportive community, my biggest goal for our social media is to have it reflect exactly that. I always try to be hyper-conscious of the types of stories we tell on our feed. Is there a broad picture of women being portrayed? Are the same values we hold in our physical spaces represented in our digital spaces? Now that The Wing social gets a whole lot of TLC, it's been cool to see our following grow as a byproduct of being actively engaged and establishing personal relationships with people in our online community.

How do you split your time between each of The Wing's three New York locations and would you say each outpost impacts your approach/content strategy?

The Wing team works out of our HQ offices (a few blocks away from our SoHo location), so most of my day is spent there. In the evenings, I can usually be found at one of our three (soon to be four, soon to be more) locations getting social coverage of an event. Big shouts to the Associate General Managers at the spaces who I lean on to get social coverage when I can't be there. And also big shouts to our Events and Programming team who never fail to deliver a killer roster of talent month after month.

"Collaboration plays a part in everything I do."
Tweet this.

With The Wing's penchant for community in mind, how much would you say collaboration plays a role in your day-to-day? What teams do you interface with the most and how do you think this cross-collaboration enhances The Wing's social presence?

Collaboration plays a part in everything I do. Even though The Wing is expanding so rapidly, we are still a start-up company, and so there's a real all-hands-on-deck attitude. Social is an interesting space to work in at The Wing because it lends itself to most of our other departments. I work very closely with Alex, The Wing's Brand Director (also my soulmate, sis, and fearless leader), and together we interface constantly with our Design team, Community team, and Events and Programming team. Our Design team creates social assets that give our digital presence a branded, cohesive feel. The Community team lets me know which members have exciting news I can celebrate on Twitter. And Alex and I work a ton with the Events and Programming team to create social plans around big partnerships.

In your opinion, who are a few Wing women or women leaders/brands that we should be keeping an eye on or follow immediately?

Obviously, Alex Covington (@alexnoellecov) because I haven't stopped talking about her this entire questionnaire. My other co-worker Emma (@etilson) because she's the cutest and has a rad sense of humor. Joana Avillez (@joanaavillez) who's one of Audrey's best friends and the female Quentin Blake— she's the illustrator behind all the wallpaper at The Wing. I don't know; this question makes me nervous. Follow whoever gets you excited to check Instagram!

Based on your experience in this particular space, what are your top tips for those looking to plan and share impactful content for women? 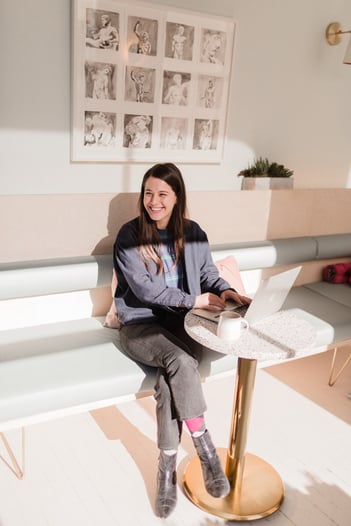 Behind the Blog: By Lisa Linh