There are many ways to consume media and content in the digital age, and now more than ever, this extends to how we watch and engage with TV shows. In short, networks have to remain relevant and digitally savvy on social media, and this has presented incredible opportunities to transform shows into social movements. This article will touch on a few examples of TV shows, networks, and streaming services who are doing it right regarding marketing their shows and program

Having a television is no longer a requirement in discovering and watching TV shows and programmed content. Streaming services like Netflix, Hulu, and HBOGO have democratized how we can enjoy our favorite shows - they are also key players in how they market their programs to a digitally-savvy generation. For instance, these networks have taken advantage of their original content by creating dedicated Instagram accounts for many of their most popular shows. One, in particular, is Stranger Things on Netflix (@strangerthingstv). The '80s-inspired science fiction thriller captivated audiences last October and is gearing up for the release of Season 2. If you look at the show's Instagram page now, it acts as a preview for what viewers can expect in the coming weeks, shares compelling moments from last season, all while maintaining the show's distinct dark, grainy, and quirky aesthetic. Even the audio captures the essence of the show if you click on some of the video posts. With that said, Netflix's use of a dedicated Instagram page for the show is a prime example of how to use social to excite and engage viewers (no matter the season).

"Having a television is no longer a requirement in discovering and watching TV shows and programmed content."
Tweet this.

In the age of social media, sitting down and (binge) watching your favorite TV show doesn't have to stop there. Many of the most popular shows today offer other ways to engage with the characters and storyline. Look at Orange is the New Black (@oitnb) for instance. Since the show is based on a true story, it has ignited a community of viewers who identify with the story, diverse cast, and relevant themes addressed within each of the plot-lines. OITNB's community-first approach is also present on the show's Instagram account which shares postings from cast members, behind-the-scenes moments on set, fan art, and GIFs featuring key moments from different episodes. This dynamic mix of content speaks to OITNB's modern approach to marketing a TV show by connecting in real-time with its viewers in a variety of ways. A final example is Love (@loveonnetflix). While there are many similarities to the above strategy, one element worth noting is Love's use of art and illustration on Instagram. From its "Previously on Love" illustrated season refreshers to mixed media collages featuring fun quotes from the characters, this adds a fun and relatable element to Love's content that also embodies the quirky spirit of the show.

On the other end of the spectrum, broadcast shows are also using social media as a vehicle to extend conversations and programming beyond each episode. Take Vice News Tonight (@vicenews) on HBO, for example. The program is known for its compelling reporting in its 30-minute segments. However, for those who aren't signed up for HBO, Vice has also been able to use Instagram as a way to continue the conversation in these reports. From previews of upcoming episodes to educational assets like charts and anecdotal interviews (with the occasional comic relief - everyone needs a meme or two, right?), Vice can market their programming and keep their viewers interested and active in how they shape their episodes. Another example worth noting is the recent debut of The Handmaid's Tale (@handmaidsonhulu) on Hulu. Based on Margaret Atwood's celebrated novel, the timely launch of the show has sparked conversation among its viewers. Again, Instagram has been a vehicle to not only build anticipation for the show but connect the show's roots back to the book by featuring moments with Margaret, along with relevant conversations around women's rights. One notable reference includes #regrams of the Women's March on Washington. All-in-all, this strategy proves that beyond just making a great show, networks can use social media as a way to make a great impact, and in turn, make their viewers feel heard. 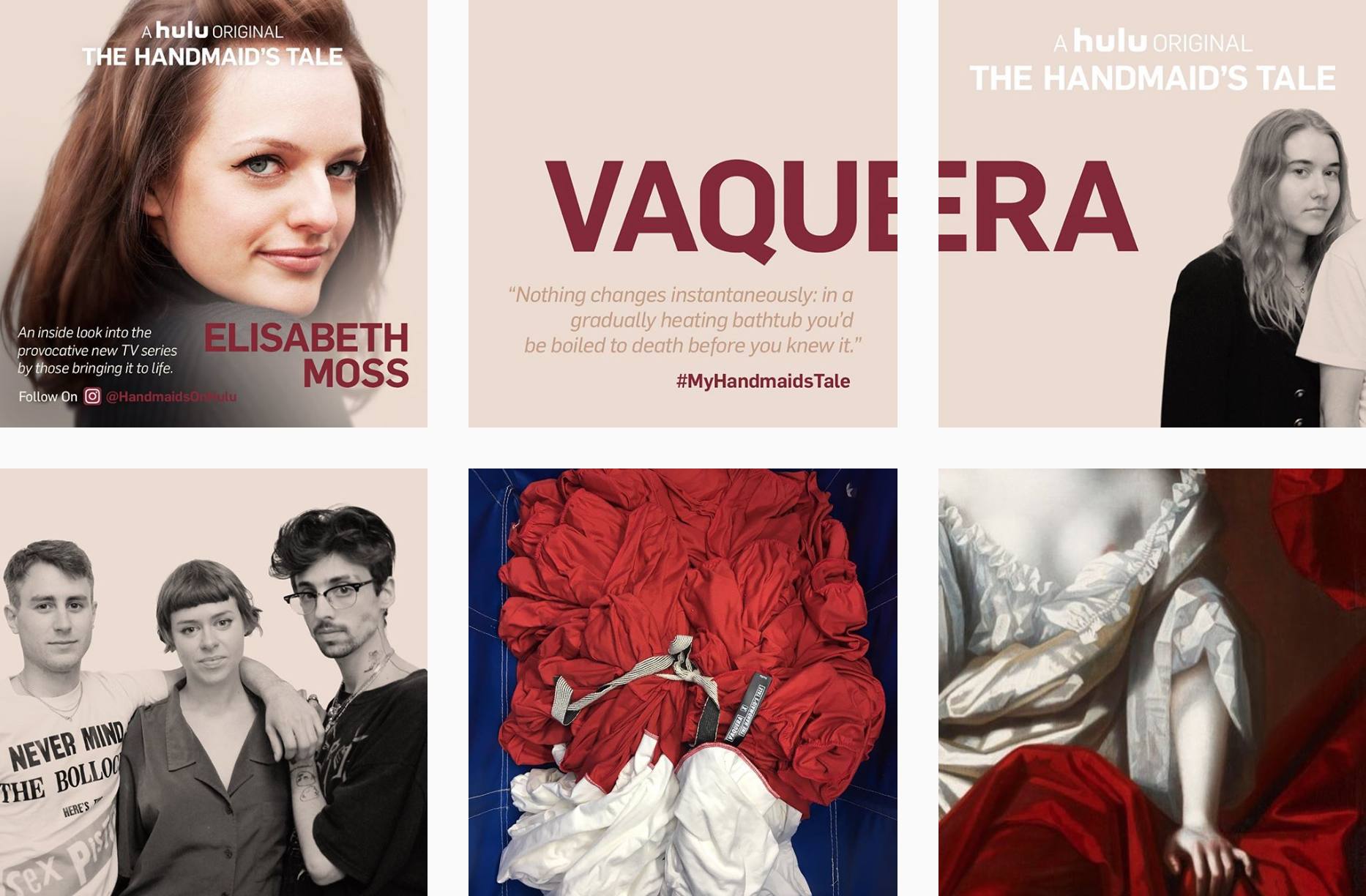 "Broadcast shows are using social media as a vehicle to extend conversations and programming beyond each episode."
Tweet this.

In a rapidly changing landscape, there are many ways TV and broadcast brands can plan and create compelling content strategies. Perhaps the biggest takeaway from this article is the importance of community. Engage, excite, and activate your community of viewers by using social media as a vehicle for conversation for seasons to come.

Breaking Down the Influencer Brief

How to Use IG Stories as a Brand: Influencer Takeover