Instagram has added a new feature for direct messaging - you can now star and filter direct messages! It's a simple feature, but can help immensely when it comes to organizing and keeping up with messages and responses. We've had a feature like this on the PLANOLY app and web dashboard, but for comment management. This new direct messaging feature allows users to filter messages by inbox, unread, or starred; which is extremely helpful for influencers and businesses with a large influx of messages coming through. You can easily star messages that you need to revisit at a later time, so you won't forget about it or lose it in your inbox!

How to Star Your Direct Messages

How to Filter Messages 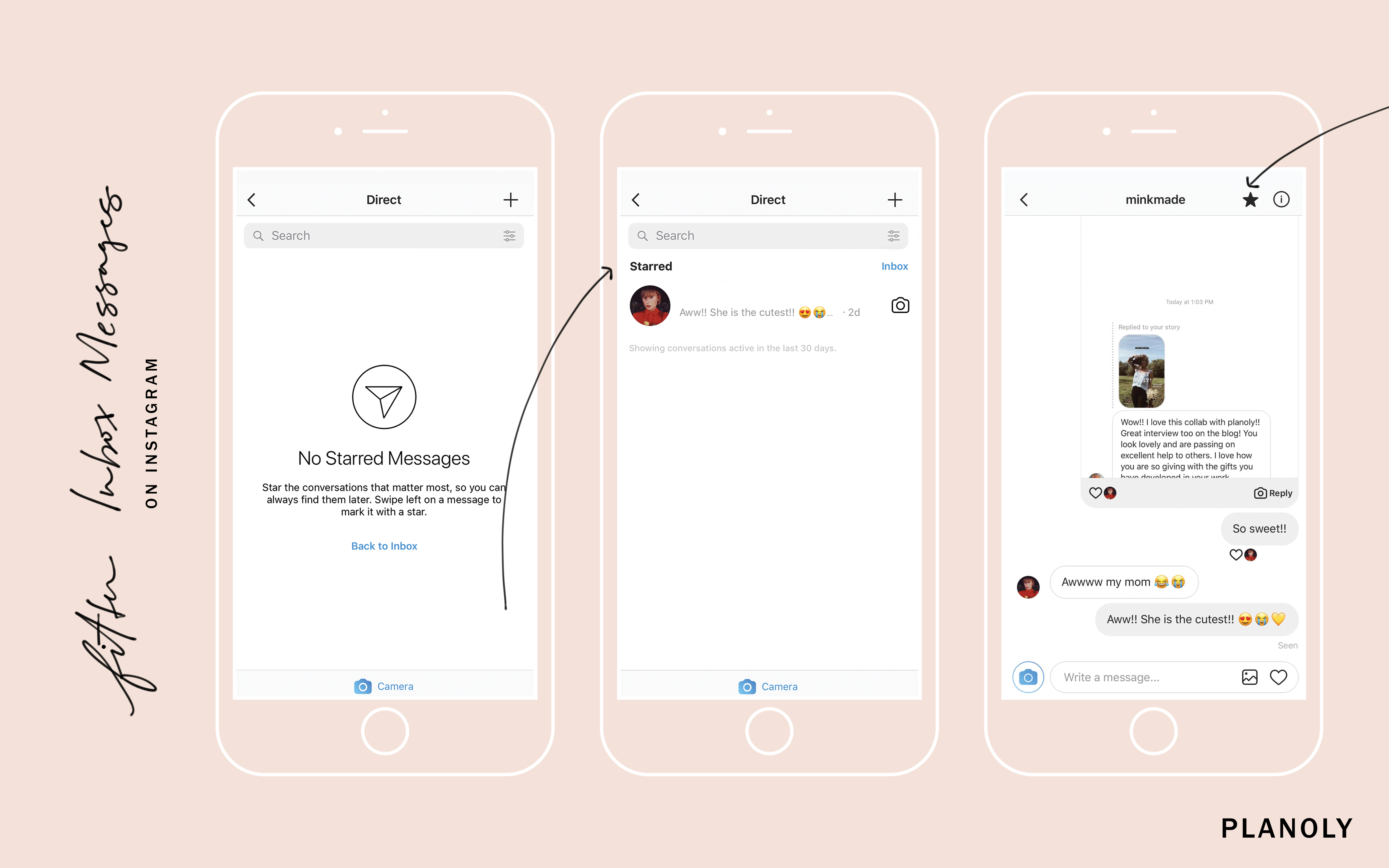 Whether it's feedback from customers, inquiries from influencers, brand collaborations, or even just a funny meme from a friend - there can be a lot of traffic in your Instagram DM box. Luckily, this new feature makes that traffic a bit more manageable. For instance, if you can't immediately respond, you can star messages as a reminder to follow up later. We love anything that makes it easier to keep track of our digital presence - and in this case that means staying on top of everyone sliding into our DM's. It's especially helpful for users whose inboxes are flooded and overwhelming. Let us know how you're utilizing this new feature and if you have any tips or favorite ways to use it!