We often speak about the importance of influencer marketing and how it can help your business. One can only hope that the content you create will go viral. Creating a campaign that goes viral isn't easy, but if your campaign does go viral, you have just introduced thousands or million new faces to your brand. Cha-Ching! Here are 2 top campaigns that went viral this year and what we can take from each of them. 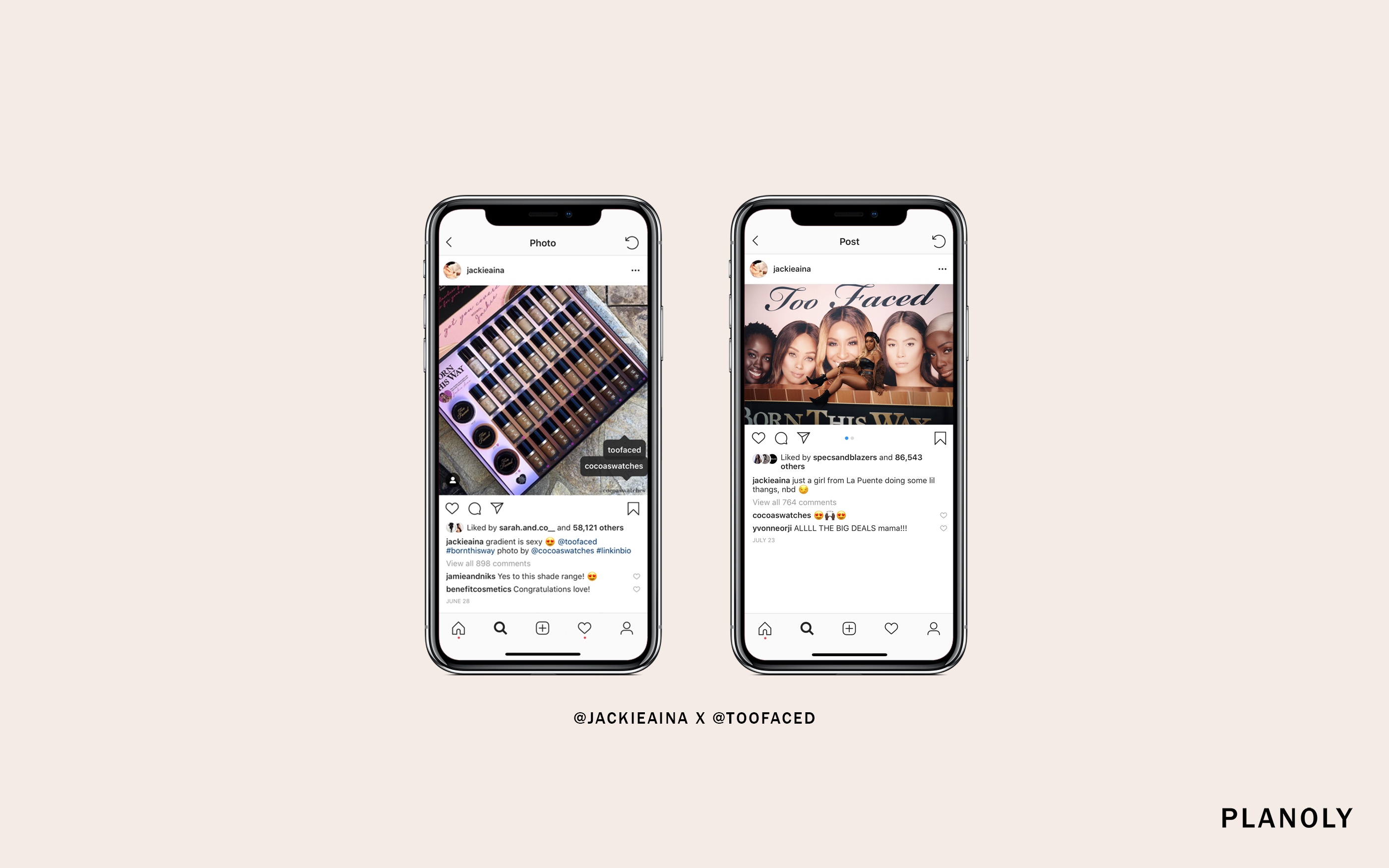 Launching Too Faced Born This Way Foundation with Jackie Aina

I'm sure everyone remembers the launch of Jackie Aina's Too Faced Born This Way Foundation. If you don't know who Jackie Aina (@jackieaina) is, you must be living under a rock. The professional makeup artist started vlogging in 2008 and broke her way through the static of the internet by providing refreshingly real content in a sea of "hashtag sponsored" posts. Big brands had taken notice of Jackie which led to her most recent collaboration with Too Faced. With Aina's help, Too Faced launched 11 new shades of Born This Way Foundation in late June. Nine of those shades were designed by Aina with a variety of undertones. There are many reasons as to why a campaign can and does go viral, but with this one in particular, Too Faced knew Jackie Aina was the perfect fit to create a more inclusive line and they both knew who their target audience was. By knowing exactly who you are trying to reach, you can create a campaign that resonates with your target demographic instead of casting a wide net and hoping it will resonate. Too Faced and Aina partnered with multiple influencers in the beauty space. Partnering with influencers allowed for content creation around the new product which then allowed for even more opportunity to reach broader audiences. Two tips to take from this campaign is to 1.) hone in on your audience and 2.) use influencer marketing to share out your content and build quality content around your product. 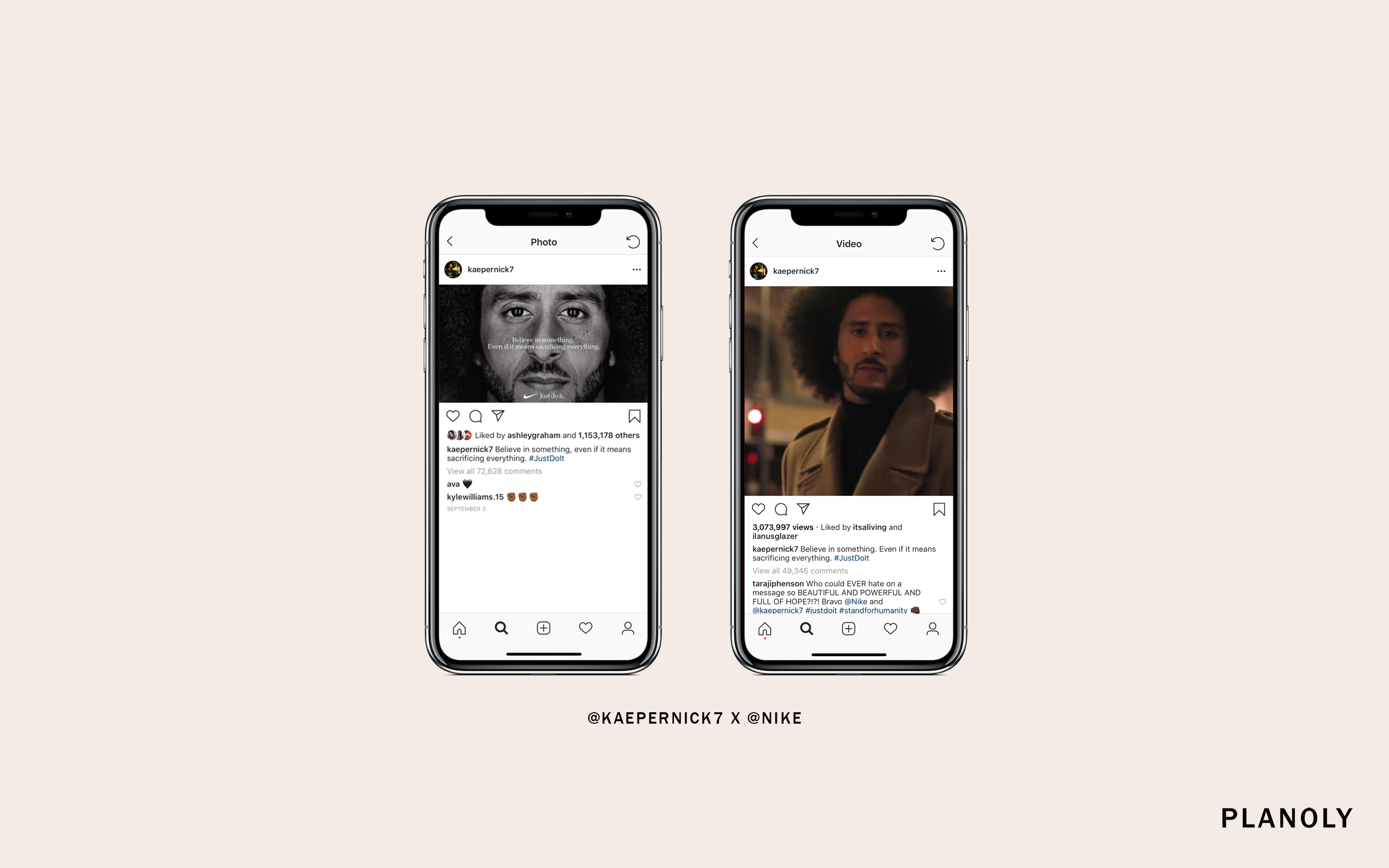 "Customers don't buy a product, they buy a story."
Tweet this.

How Colin Kaepernick Created a Viral Campaign with Nike

Nike's recent campaign with Colin Kaepernick (@kaepernick7) was by far one of the most viral campaigns of this year with more than 80 million views on Facebook, Youtube and Twitter collectively. Whether you agree with Kaepernick or not, most corporations do not and have not been making such strong political statements. Because they chose to make such a powerful statement in the midst of our political climate, this created a strong emotional connection - whether that emotion was pride or anger. Emotional connection is what pushes people to buy. We've mentioned this in previous articles, but customers don't buy a product, they buy a story. What story are you trying to tell? Why should people buy from your brand? Along with building an emotional connection, Nike created content that was useful enough to share, shared it at the right time, used powerful visuals, encouraged user-generated content, and used a phrase easy enough but powerful enough to remember. Basically, they hit every point you want to hit if you want your campaign to go viral. When building out your campaign, these are some essential tips you'd want to remember. To make this a little easier to remember, listed below are the six we've discussed. Feel free to use this as a guide for your campaigns.

How to Build a Viral Campaign

Step 1: Know who your audience is / Target your audience Step 2: What is the story you're trying to tell? / Make an emotional connection Step 3: Provide ways for your audience to create user-generated content Step 4: Create content your audience wants to share Step 5: Use memorable visuals Step 6: Partner with the right influencer / Share out with other influencers Partnering with an influencer that aligns with your brand is the first step to creating a powerful and viral campaign. Not every campaign or piece of content you create will go viral, but by using the steps provided, we can assure you will have a successful campaign.