The centering of African-American excellence and achievement, in America, has long been celebrated in February. Nearly a half-century ago, in 1976, President Gerald Ford decreed Black History Month a national observance. Since then, the month of February serves to both reaffirm and uphold the historical importance of Blacks in America.

The modernizing of our country has forced many of its national holidays to unfold in a digital forum. As a result, Black History Month's learnings almost exclusively begin and end on Twitter, Instagram, and dedicated Pinterest boards. 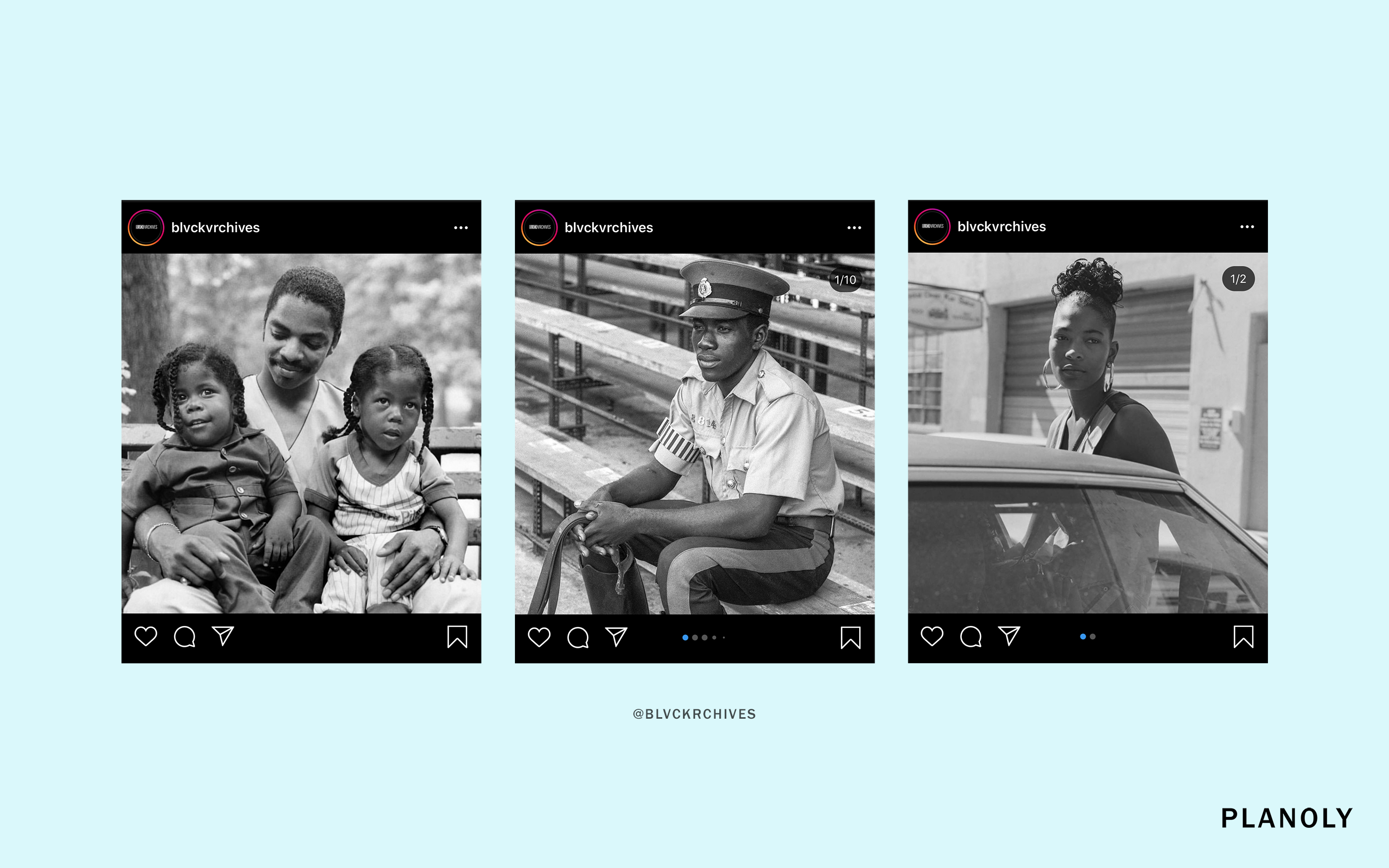 Resonate James Baldwin quotes and audibly stirring clips of Martin Luther King Jr. reverberate up and down Twitter timelines and Instagram feeds. There's quickly a flood of Black heritage remnants on every social platform which, of course, heroically champions some and brings unsettling discomfort to others.

Each reaction is wrapped tightly within the confines of the contemporary, socially complex construct of digital mindfulness. Think of it as how you show good manners online. Simply, it's how we care for one another, express kindness, empathy, and openness. Unfortunately, modern problems like such aren't publicly discussed near enough.

Given our social media DNA and the diversity of our team, we're going to dive into how to navigate digital mindfulness during Black History Month. 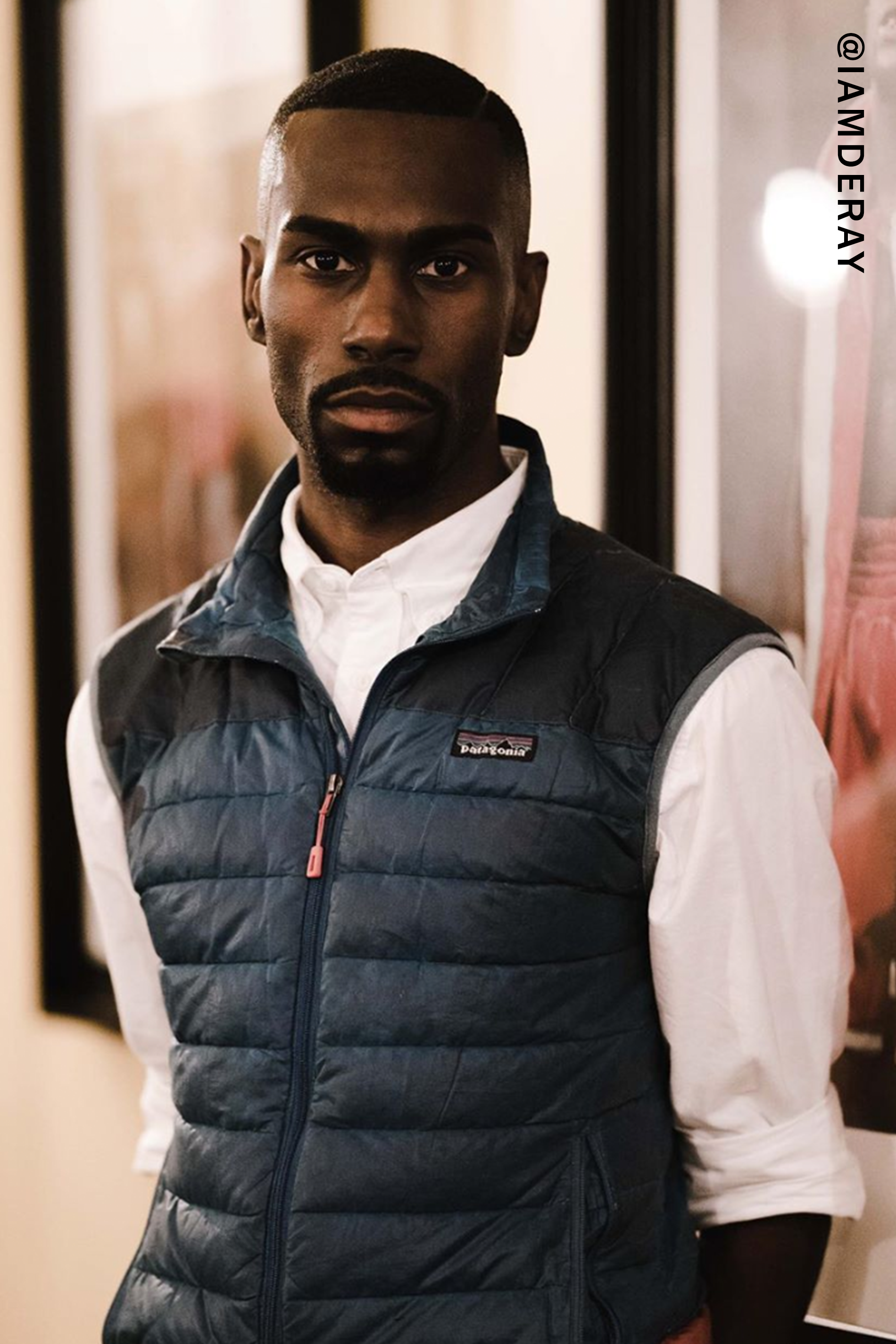 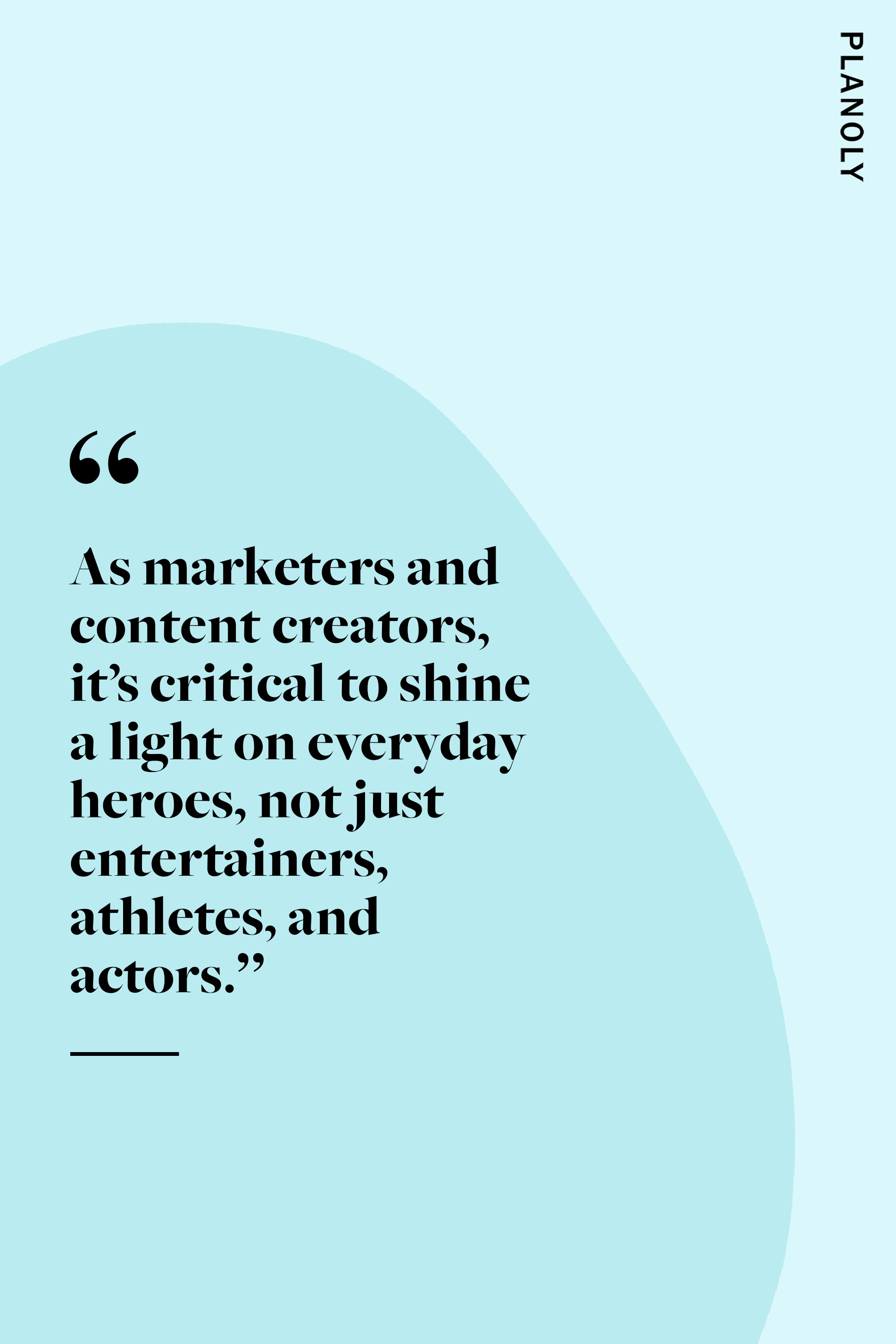 Prior to identifying – and reacting to – digital mindfulness social cues and behaviors, let's first make sure that Black History Month and the necessity of its existence is firmly understood.

Carter G. Woodson, a Black historian, author, and journalist, grew tiresome of the lack of representation of Blacks in American history. His feelings were that the consequential works of African-Americans were largely ignored in the history books. This forced Woodson to found The Association for the Study of African American Life and History (ASALH) in 1915.

The ASALH aimed to promote the study of African-American history and achievement as a discipline which, rather quickly, resulted in Black History serving as curriculum in schools. Then, in 1926, Woodson and the ASALH created "Negro History Week" to further fortify the importance of Black heritage.It would be celebrated during the second week of February to coincide with the birthdays of Abraham Lincoln (February 12th) and Frederick Douglass (February 14th). Many mayors and city officials would adopt Black History Month proceedings in the years that followed. Some even before President Ford made it official in 1976.

Black History facts and figures will flood social media feeds in the days ahead. But make no mistake: this is no reason to feel apprehension if you're not a person of color. Or, if you think your knowledge of Black history is less than substantial.

Embrace Your Capacity to Learn

Each February presents a very public opportunity to enrich your understanding of Black history, which is, unequivocally, American history. As a black man, Black history is inherently my history; as Americans, Black history is our shared story, no matter the shame that diminishes many of its earliest chapters. Open yourself up to these learnings as there's equal shame in remaining uninformed. Expect many of the news outlets and publications you follow to ramp up Black History Month coverage. Moreover, the Black creators on your radar will mirror those actions. Use their musings as a vessel to explore the depths of our shared history. And don't limit your ability to absorb this information to just February. Cultural curiosity and historical awareness have no calendar date.

It's Not About You

Don't take the impending onslaught of Black cultural appreciation as a degradation to your own culture. Black History Month, by very definition, is singular in its focus. It's a steadfast initiative with one sole intention: to add context and texture to the richness of African-American contributions in American history. Simply put – don't take it personal. 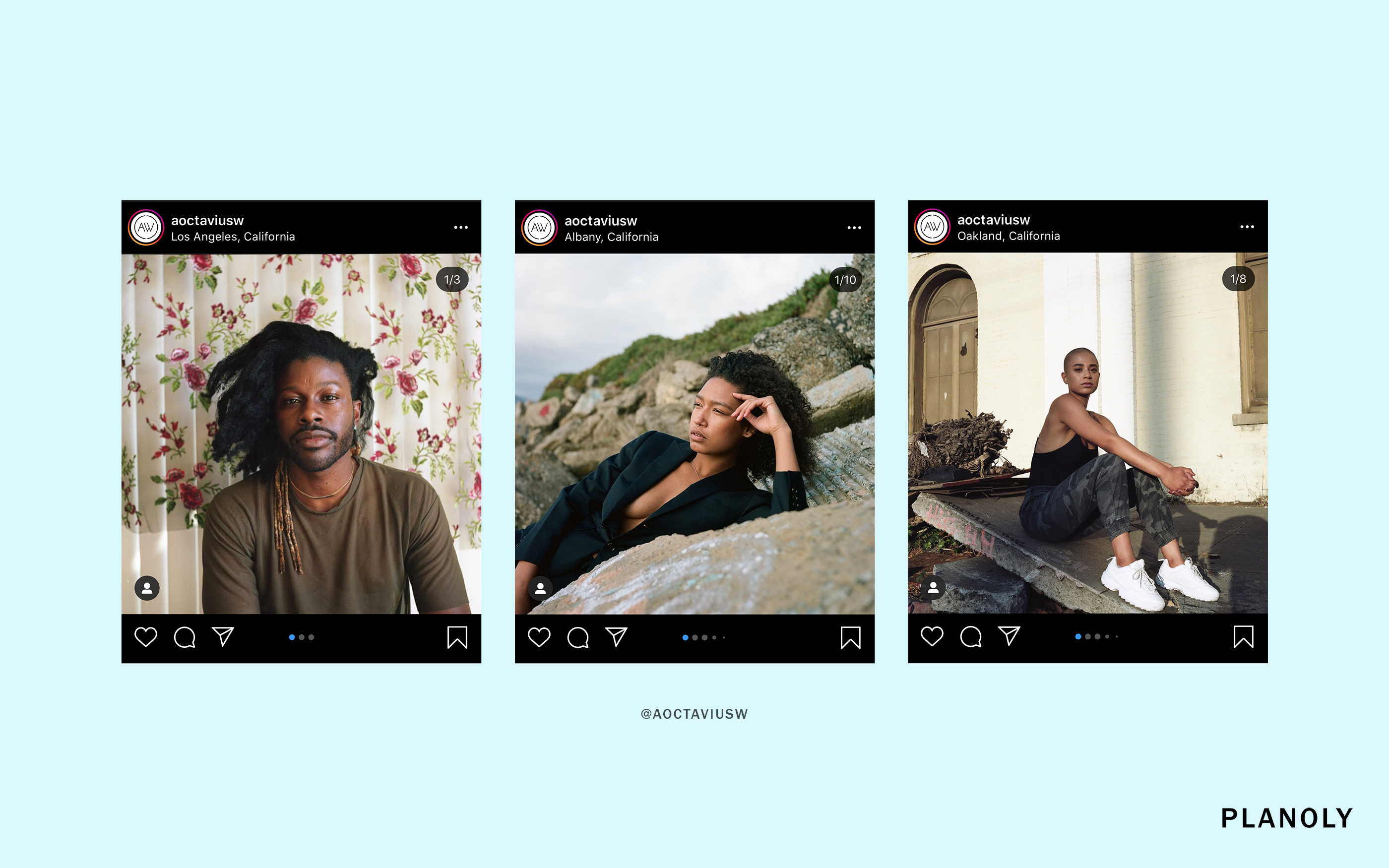 This February, many of you will be content sharing and others content consuming. The former unquestionably has just as much responsibility (if not more) as the latter. If you're sharing Black Stories, be sure to fact check yourself. There's a great responsibility in retelling history. In parallel, passing down cultural vignettes with remarkable accuracy mirrors much of the critical importance of the Underground Railroad.

When sharing stories, you also bear the burden of presenting new stories. Be proactive in seeking out stories that even you, yourself, could be new to. Most of us know that Rosa Parks refused to give up her seat at the front of a bus during the Civil Rights era provoking a forceful and righteous bout for equality. But why not tell the story of Claudette Colvin? Who, in 1955, before Parks, also refused to give up her seat on a segregated bus in Montgomery, Alabama?

Championing unsung heroes can indirectly bring light to your platform. We all know and recognize the global importance of Oprah Winfrey and Beyonce. In contrast, does your audience understand the significance of Ashley James' appointment as the first black curator at the Guggenheim in the renowned museums 80-year history? Dig deep and uncover what's just below the surface.

As marketers and content creators, it's critical to shine a light on everyday heroes – not just entertainers, athletes, and actors. When sharing content, you also require a level of patience. Be considerate of the fact that not everyone knows what you do; not everyone understands the nuance of Black history like those who study it; and, finally, not everyone that doesn't have a firm grasp on Black history is bigoted or racist. 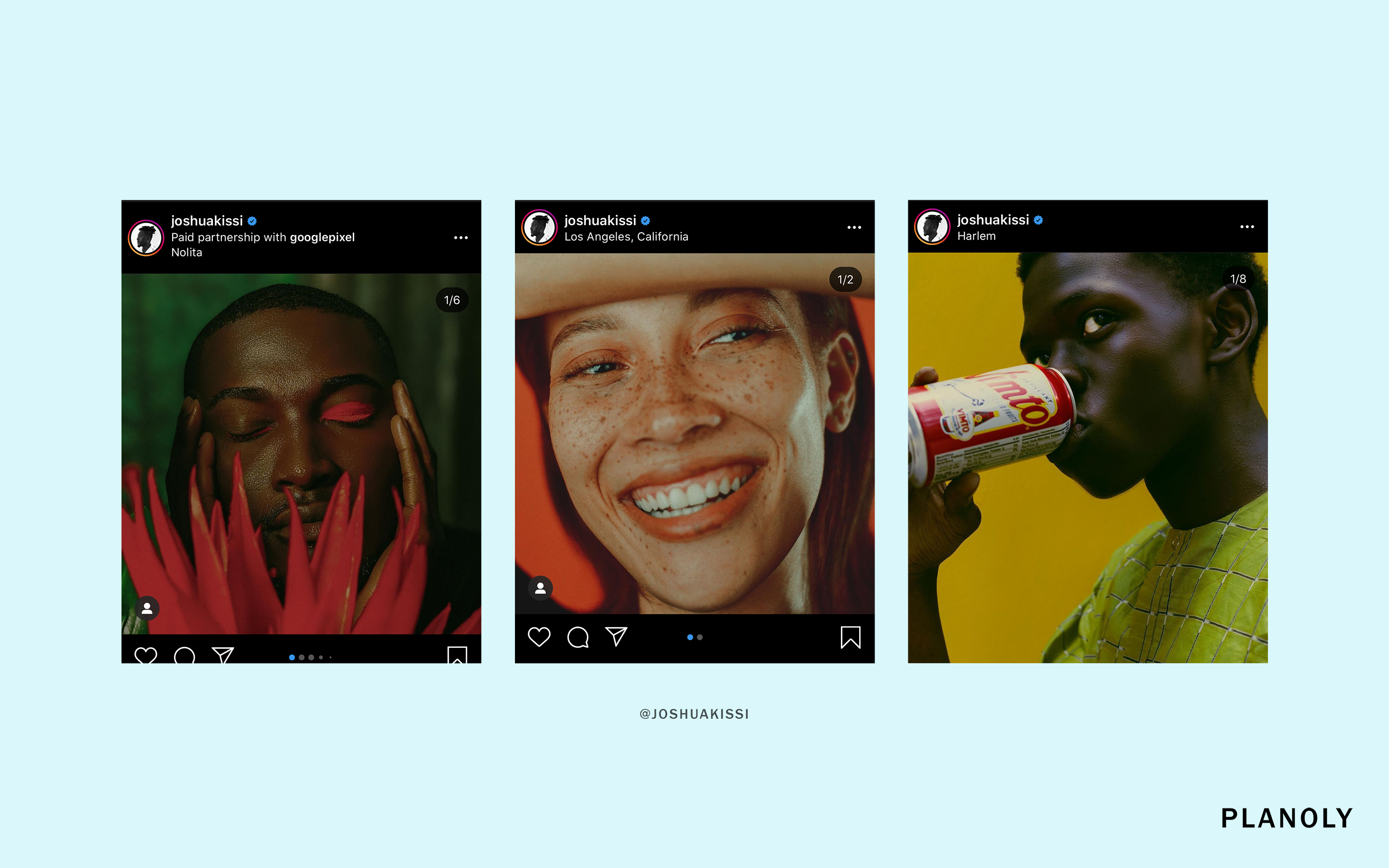 For non-Black content consumers during Black History Month, fully embracing the concepts of digital mindfulness will help limit stressors if you're experiencing a steep learning curve. Remove yourself from the notion that Black History Month is about you. Or that anyone speaking truth to America's troubled past is an attack on you in the present.

Recognizing people of color that fought for equality and a better America for all of us is not a slight to you or your heritage. It's wholly the uplifting of Black people, not the shaming of others. Equally, don't feel lesser for not knowing every historical figure or current crusader. This is a time of learning and reflection for everyone.

That said, not every Black person is an encyclopedia of Black history. African-American men and women are learning right alongside you. Embrace the togetherness of those moments, and the influential role social media plays as a vessel to bring us closer. Use this time to ask thoughtful questions, support those who may be triggered by hurtful memories of the past, and to better understand the physical and social micro-aggressions that inflict psychological and emotional traumas on Black people daily.

This isn't to say that others don't experience these societal triggers. But by dissecting these issues through your social media channels during February, it serves as a soothing elixir to more organically approach similar discussions in the future.

While certain cultural ills are undeniably linked to the advent of social media, equally, it's also brought us closer than any other communication tool before it. It's become a safe space to share ideas, fears, insecurities and, in the case of Black History Month, a venue to expand on the history of a people that, for many years, saw its accomplishments all but erased from the history books.

Ensuring that social media is a safe place during Black History Month, Women's History Month, Breast Cancer Awareness, or the many indigenous holidays that fill the calendar each year is a shared responsibility – mine and yours.

Digital mindfulness is a roadmap to the safety of these equitable spaces. Let's be kind to one another this February, and use this approach all year long. Let's embrace our history, no matter how problematic it has been. We are our history. There's no better way to ensure the future is safe than by being mindful of our actions today.