There hasn't always been a place for Black creatives in fashion. Historically, the fashion industry has found and extracted inspiration from Black culture: the clothing, hairstyles, the jewelry – the very essence of Afrocentricity.

Yet, prominent Black fashion figures didn't have a seat at the table their collective ideas and concepts helped build. Instead, for a lengthy period, Black creatives in fashion would orbit the exterior of the industry, looking for a place amongst their peers. A place many would never find.

Black fashion designers, stylists, strategists, and bloggers of today are no longer seeking a seat at the proverbial table. They've built new tables: equitable spaces to which all are welcome. The intersection of fashion and social media has placed a powerful emphasis on talent, no matter skin tone or background.

New stars have risen to prominence through spaces like Instagram, Pinterest, and TikTok. Similarly, past greats have seen a resurgence in popularity as their elder works are being reshared to cultural praise. Today we're taking a look at some of our favorite Instagram grids that highlight Black fashion designers, stylists, bloggers, and more. We also hope these adoring grids inspire creative ways for you to use our StoriesEdit tool on your feed! 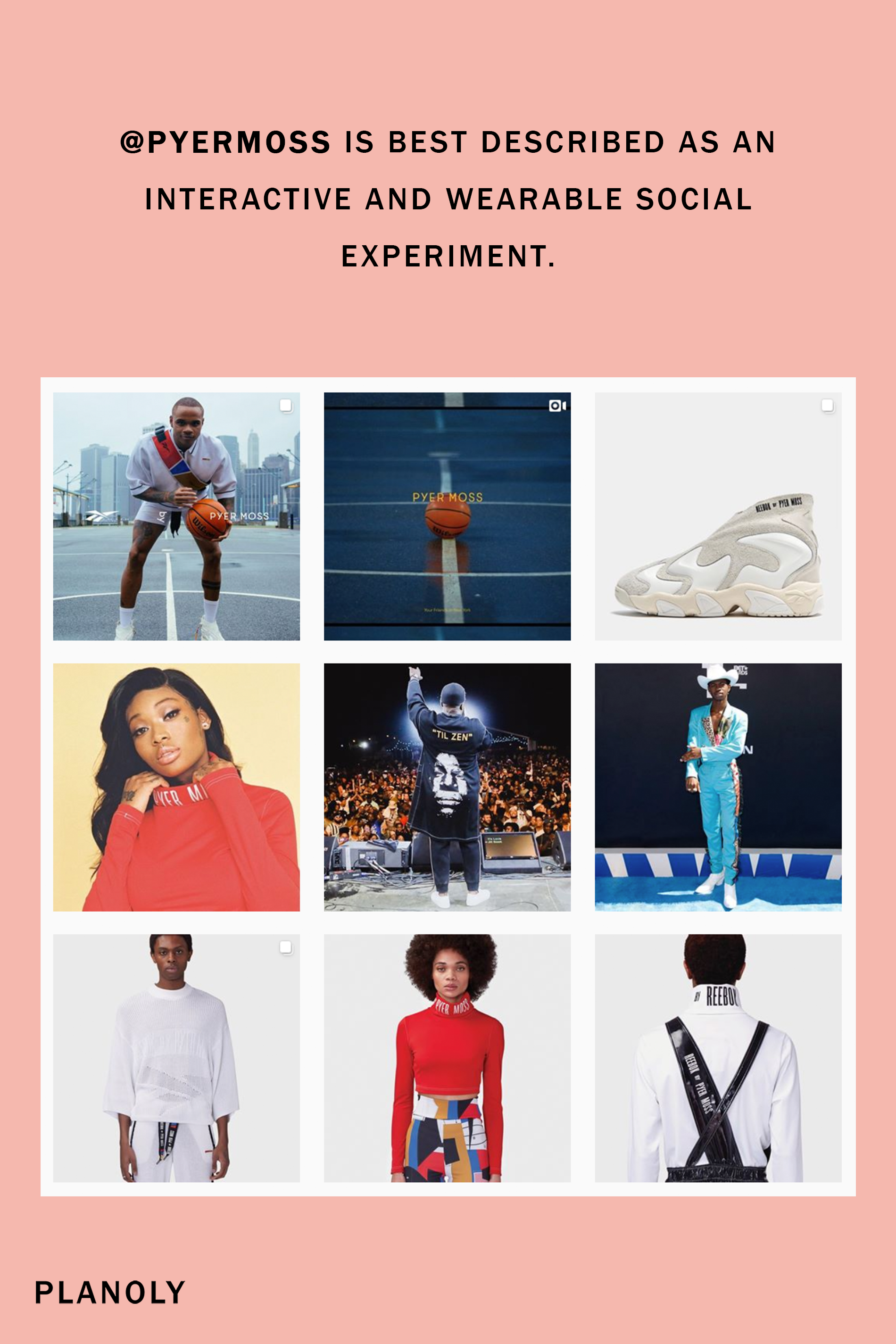 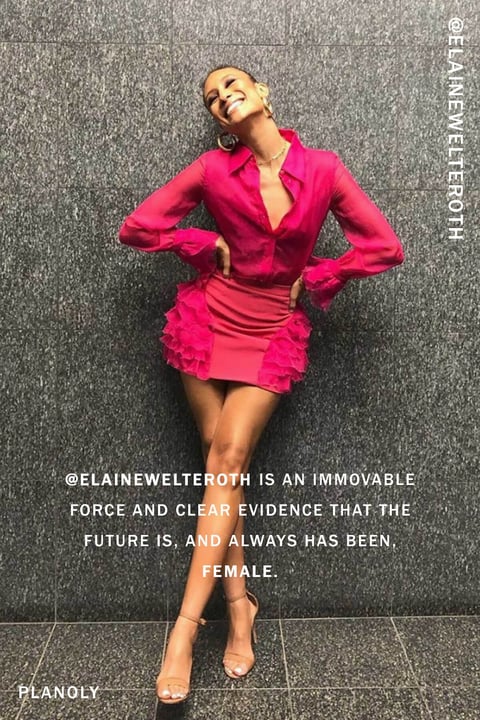 Founded in 2013 by Brooklyn-native Kerby Jean Raymond, Pyer Moss ranks among the most critically important fashion brands today. Winner of the famed CFDA/Vogue Fashion Fund in 2018, Pyer Moss masterfully juxtaposes thoughtful and hyper intricate designs with political and cultural learnings. Perhaps best described as an interactive and wearable social experiment, Jean Raymond is not only championed for his beautiful designs but his ability to gain success in the fashion industry by primarily operating outside its confines.

A New York Times best-selling author, former Teen Vogue editor-in-chief, Project Runway judge, and soon-to-be producer of a film surrounding her memoir, there isn't much Elaine Welteroth hasn't or won't accomplish. And while many of those accomplishments surround her incredible intellect and unrelenting drive, good style doesn't hurt her cause either. Welteroth is an immovable force, and unequivocal evidence that the future is, and frankly always has been, female. 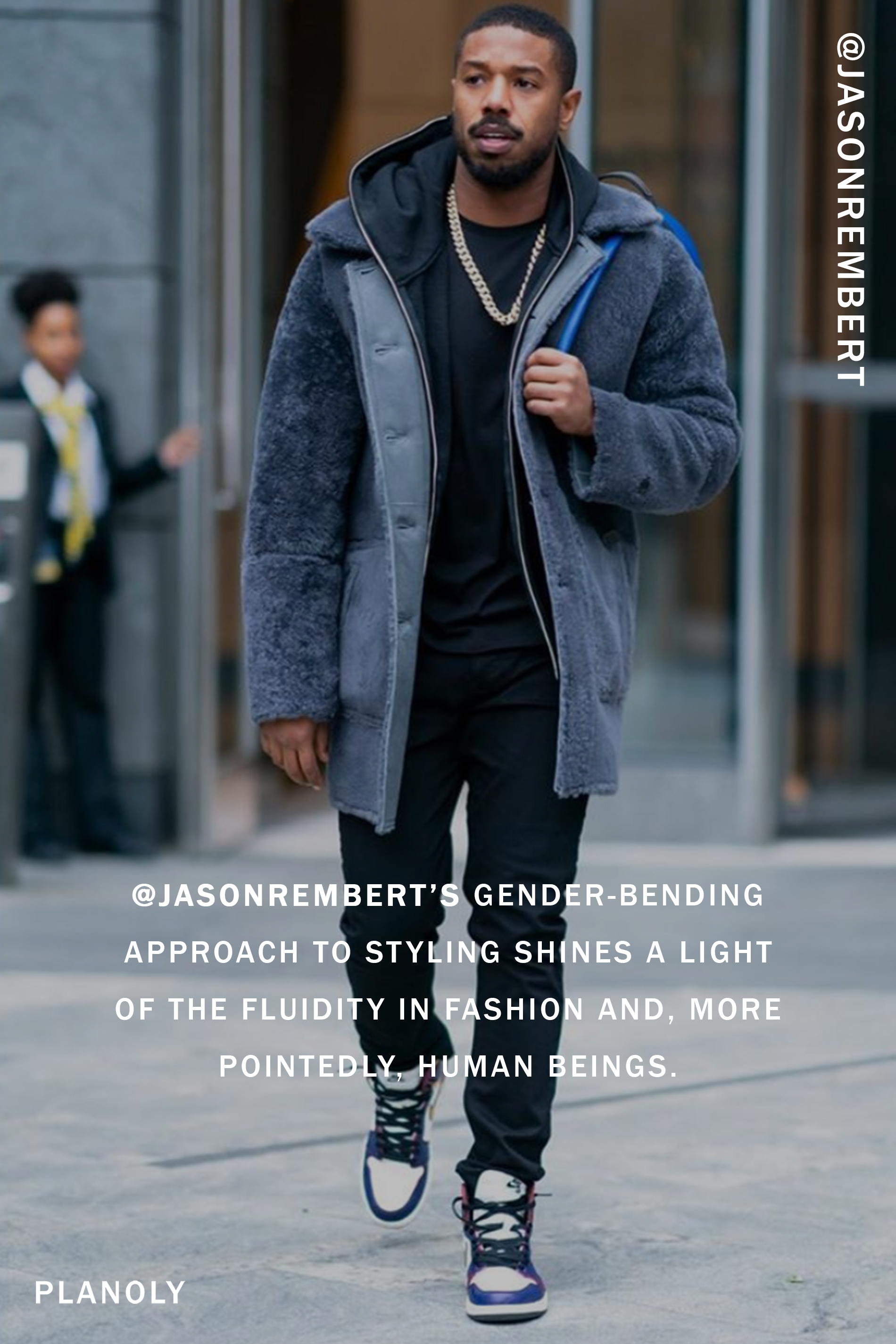 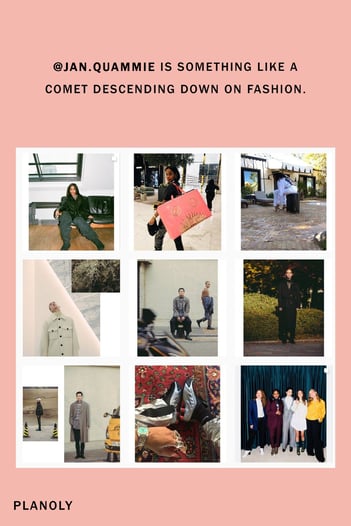 Following in the footsteps of influential Black stylists before him, Jason Rembert has fundamentally changed the way many view red carpet styling. Dressing the likes of Issa Rae, Michael B. Jordan, Odell Beckham Jr., and Lizzo, Rembert can see people and clothing with an eye for detail that's unparalleled. His gender-bending approach to styling shines a light of the fluidity in fashion and, more pointedly, human beings.

In every industry, there are rising stars. Those who have put in years of work to be deemed a talent of "now." In that regard, Jan-Michael Quammie is something like a comet descending down on fashion. A stylist and style director for global fashion and cultural lifestyle publication, Highsnobiety, Quammie is the look and feel of now; a pulse for what's current and of aesthetic consequence. 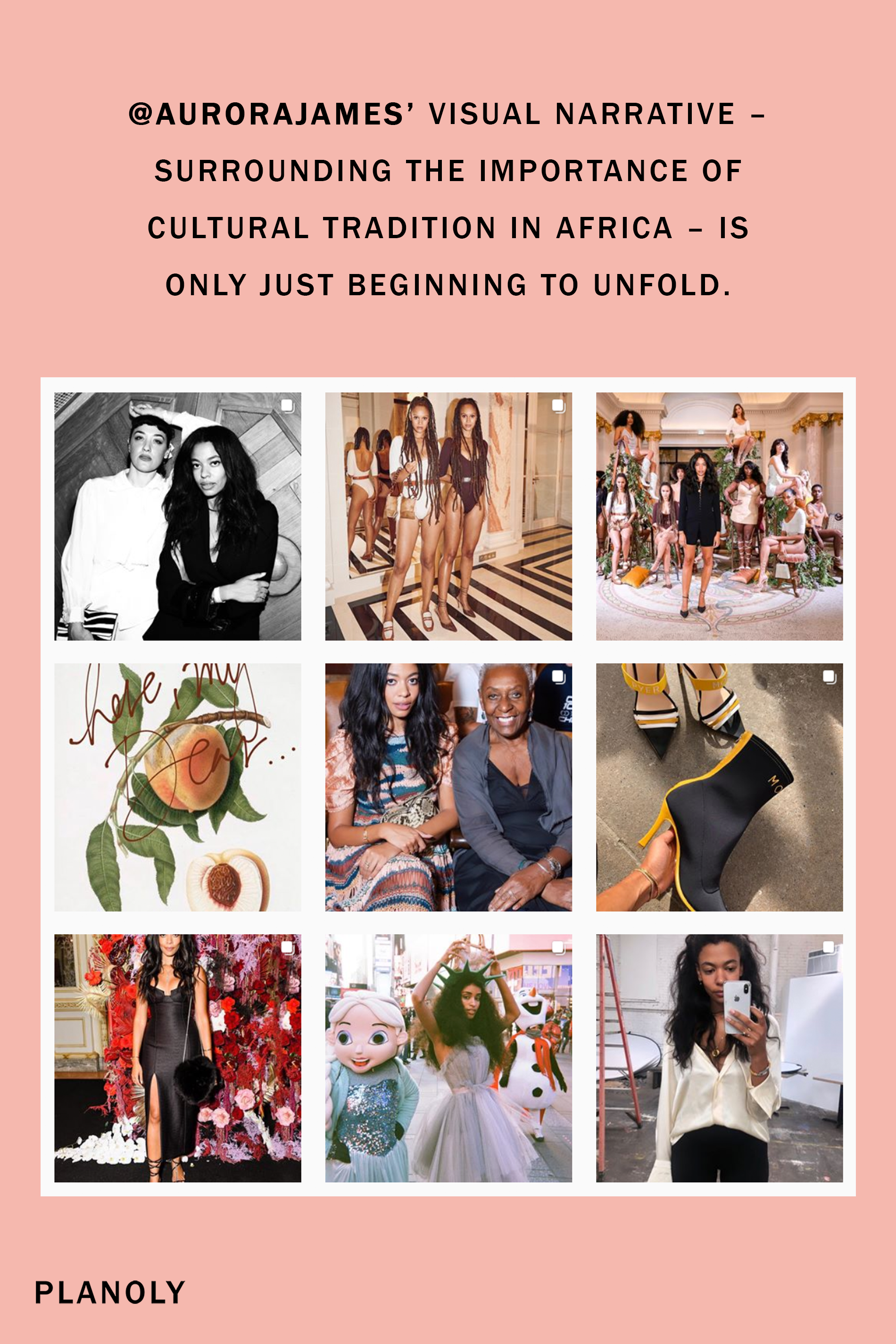 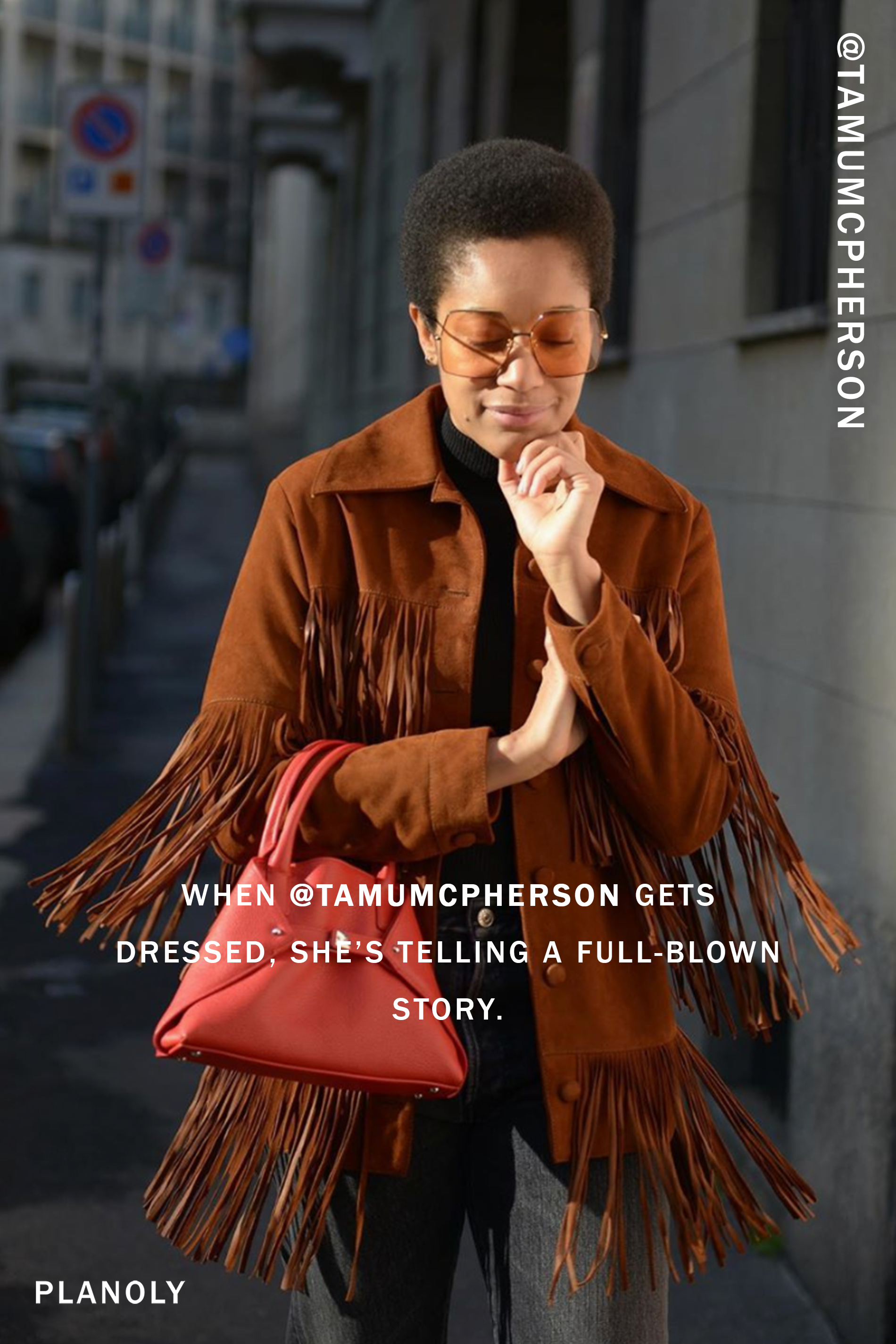 Toronto-native Aurora James is making her presence felt in fashion through impeccably designed women's footwear. Her furry creations exist to preserve the indigenous shoemaking craft in Africa, which she discovered in Morocco years ago. Fashion, oftentimes, is at its best when telling a story. James' visual narrative – surrounding the importance of cultural tradition in Africa – is only just beginning to unfold.

Putting on clothes is a provoking and inspirational experience when seen through the stylings of Jamaican-born Tamu McPherson. Maybe it's her eye for photography that sharpens her approach to thoughtful style. Or perhaps her inherent ability to smartly mesh vibrant patterns and textures. Either way, when McPherson gets dressed, she's telling a full-blown story. You can see themes in her style - history, adventure, and bravery. But if you take nothing else from McPherson's style, pull from two things: risk and effort. 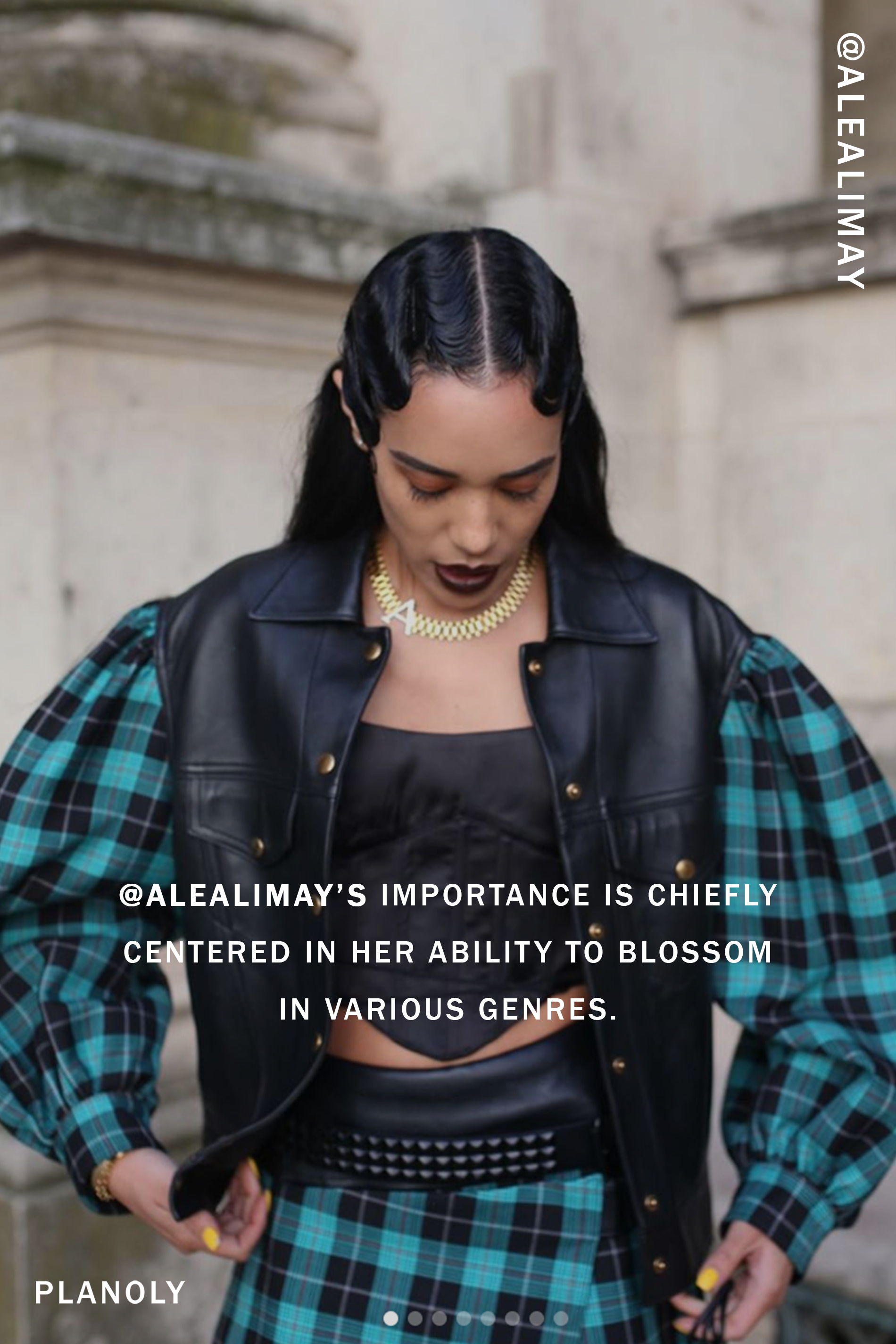 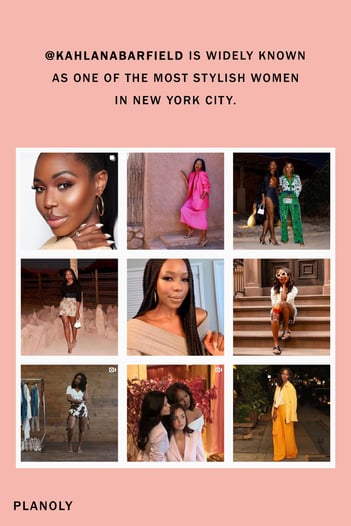 Compton-native Aleali May successfully straddles multiple worlds. Known as an acclaimed sneaker designer to many, and as an in-demand model across the globe to others, May's importance is chiefly centered in her ability to blossom in various genres. Her exceptional style fortifies that ability, as it's allowed her to develop sneakers for Nike/Jordan Brand, create looks for some of your favorite celebs, and walk runways at global Fashion Week presentations.

Following more than a decade as the editor at InStyle, Kahlana Barfield Brown left the corporate editorial space to share her talents with the world as a soloprenuer. In that time, she's consulted for Good Morning America, The View, and Today – all in good style, of course. Barfield Brown is widely known as one of the most stylish women in New York City, where she lives in Brooklyn with her husband and daughter. Her aspirational style blends the best of streetwear with impeccable tailoring – seen through a slew of well-fitting denim, sneakers that rival any worthy collection, and boots and coats that don't look better on anyone else. 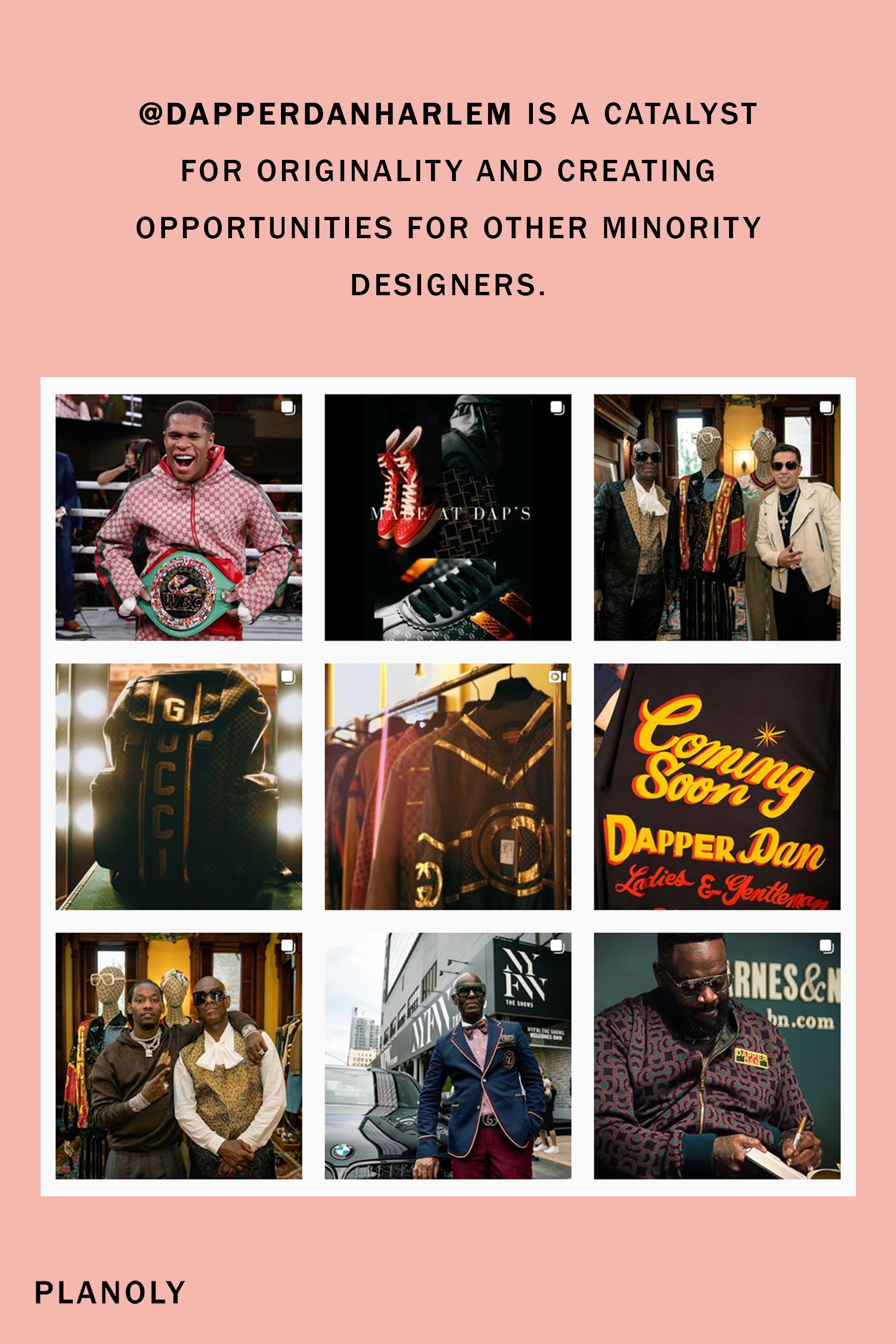 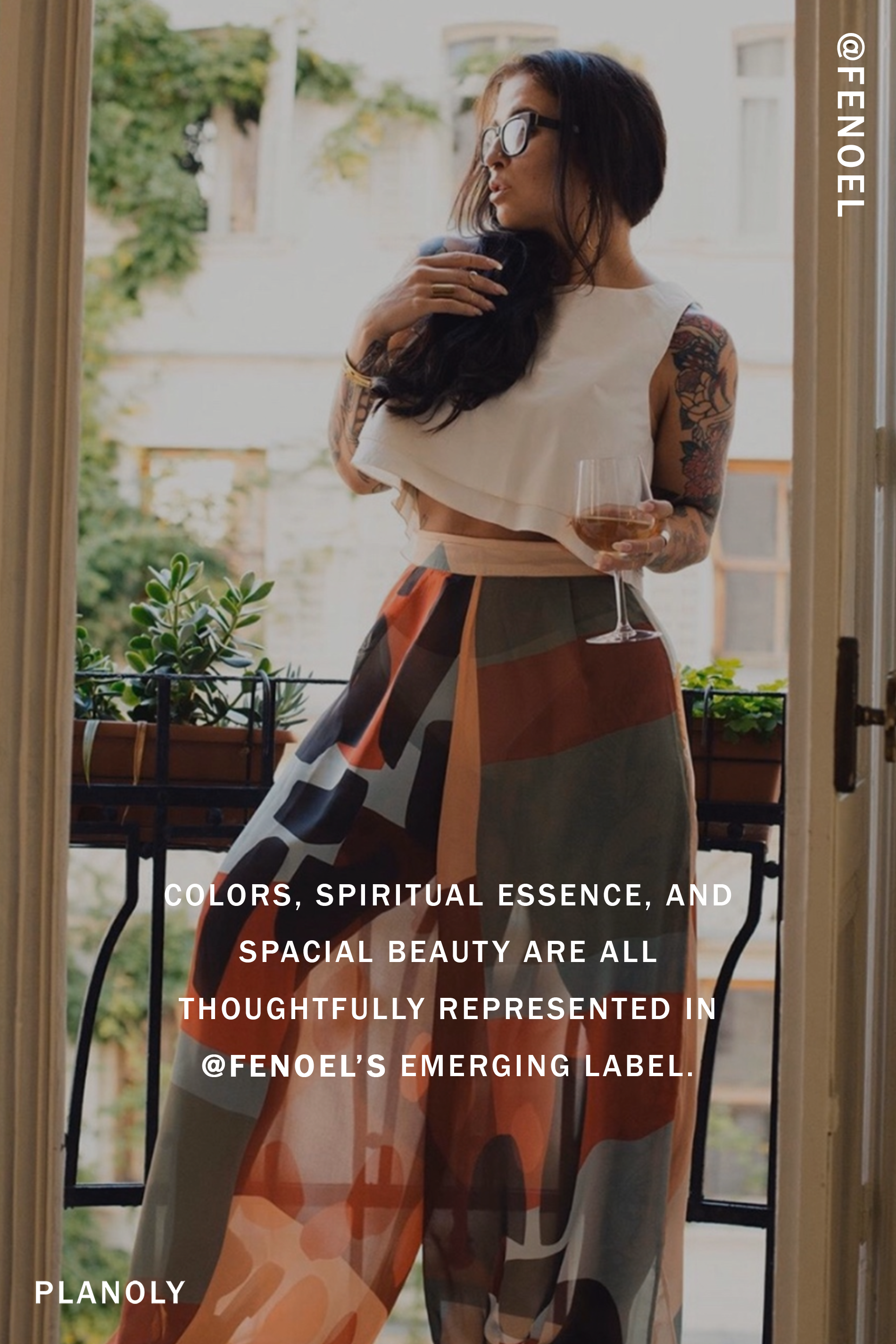 Few designers carry the cultural importance of Daniel Day – the Harlem legend known more affectionately Dapper Dan. A catalyst for originality and creating opportunities for other minority designers, Dan began his career decades ago at his atelier in Harlem, creating foundational one-off pieces for celebrities, basketball stars, and neighborhood hustlers. Today, Dap' still creates his own collections, while also partnering with Gucci as both a designer and advocate for equitable spaces and equal opportunity in the fashion industry.

Brooklynite Fe Noel – and her eponymous womenswear label – has created industry distinction by way of her Carribean roots. The colors, the essence, spacial beauty are all thoughtfully represented in her emerging label. Much of Fe Noel's aesthetic representation on Instagram mirrors that Carribean vibrancy. Rich shades leap from adoring swimwear while flowy dresses double as vacation staples and transitional evening wear. Fe Noel is one to watch in 2020.

From the earliest black fashion designers like Zelda Wynn Valdes to modern marvels like Virgil Abloh, continuing to create space for the next generation is the secondary role for all industry titans. Social media will persist in its role as a connector, bringing the world to these talented black fashion creatives and separating some of the biases that still exist in the industry today.

Black History Month is in no way the only time to recognize the genius of Black fashion creatives and other Black thought leaders. February serves as a springboard to uplift these communities year-round.

Be sure to check out our digital mindfulness during Black History Month blog and start using StoriesEdit today for more exciting and thoughtful ways to help your grid standout!

New Grid, New You: Creative Ways to Revamp Your Instagram Grid in the New Year

Approaching Black History Month in the Age of Digital Mindfulness